Fellow Nigerians, the hope and future of Nigeria have not been so dampened by corruption as orchestrated by Economic and Financial Crimes as we are witnessing now within and outside the country.

The Economic and Financial Crimes Commission (EFCC) was established in 2003 by President Olusegun Obasanjo’s administration through the National Assembly Act 2004 as amended. The establishment was in response to international pressure from the Financial Action Task Force (FATF) against money laundering which named Nigeria among the 23 non-cooperating countries in the international community’s effort against money laundering.

Prior to the establishment of the EFCC, the Police had long been in existence with a  mandate covering investigation of money laundering offences. Suffice to say that, the failure of the Nigerian Police in its mandate for whatever reason brought about the national embarrassment of naming Nigeria among the 23 non-cooperating countries in the international fight against money laundering. In other words, Nigeria was one of the safest heavens for money laundering and Launderers.

Ironically, the pioneer Chairman of the then newly established Commission was brought from the same Nigerian Police even though the EFCC establishment Act provided several options. That was a clear indication that the pioneer Chairman, Mr. Nuhu Rubadu must have been an outstanding police officer with the necessary criteria to administratively and operationally plant the new institution, EFCC. Nevertheless, our independent inquiries from majority of the EFCC pioneer personnel and the present situation in the Commission is very telling about the lack of proper foundation and necessary structures which are fundamental to the birthing of any enduring and independent institution.

Yes, police officers are better known for operational duties than administration. This has been evident in the EFCC when only few months after the pioneer Chairman was appointed, he commenced operations — arrest — immediately with the few cases he brought then from the police without first bothering about the necessary formal structures of the Commission, i.e Office structure, Organisational policy document, standard operational procedure (SOP), Institutional culture/Ethics and values, Official Code of conduct, Career progression, Standard criminal and recovery data base etc; which are the basic and fundamental steps for organization, growth and development of any institution. The lack of these foundational and basic requirements has created a huge administrative and even operational vacuum that remains the bane of the EFCC till date.

Successive administrations or leadership or the EFCC rather than address this obvious challenges and self-imposed calamity, continued to take advantage by administering the institution at their individual whims and caprices hence there is practically no system to check their excesses or abuses of power till date.

Many personnel of the Commission especially the Operatives hold same belief that lack of proper foundation and subsequent neglect to address it was a deliberate plot by the usual police leadership and the seconded personnel to perpetuate themselves and continuously place the Commission under subjugation and control.

So, rather than build the institution around structures, policies and systems, the EFCC in the last 15 years was built around the priviledged individual police leadership.

Meanwhile, as they build themselves into strongmen, instead of strong institution, EFCC was growing weaker and has since degenerated into cesspool of corruption. This was possible because the police cabal knew they had a mother organization to run to should anything happen to the EFCC unlike the over four thousand EFCC staffers and operatives.

Therefore, attempt to revive and restore the EFCC and Nigeria’s battered image right now, must be holistic to allow the EFCC function as an independent law enforcement agency it was created to be because if the Police was that good, there wouldn’t have been need for the EFCC.

The police has to be disengaged from the Commission completely and forthwith to allow the EFCC take its destiny in their own hands and be responsible for their actions or inactions.

POLICE GREED AND CORRUPTION IN THE EFCC

It is no longer news that the Nigerian police makes and mars the EFCC. Just very recently, the Inspector General of Police, Mohammed Abubakar Adamu could no longer hide the proclivity of the police highest authority to annex the EFCC as police department when he issued a directive/signal withdrawing all policemen serving in the Commission and at the same time posting new ones to take over their duties with immediate effect. This is the height of impunity. Even if it is possible that the IGP can withdraw his men from the Commission at will, he has no legal basis to post any of his men to the commission without any former request from the Commission.

We call the attention of Mr. President, Gen. Muhammadu Buhari, the National Assembly, Social Crusaders and Right Activists as well as other well meaning Nigerian to stand up for the Commission before it is sunk by the Police. The Inspector General of Police needs to be called to order immediately to stop trampling on the career and future of over four thousand (4,000) personnel of the EFCC who will not hesitate to embark on mass protest against any further Police invasion that undermines the Commission.

The Police authority must be reminded now that the EFCC has never been a police department to be micro managed, run or administered by the IGP. The EFCC remains an independent institution as the directive of the Inspector General of police is contrary to the provisions of the EFCC (establishment) Act and the Public Service Rules on secondment and de-secondment of public Officers. Since inception of the EFCC, the Police authority has continuously lobby their way to retain the leadership of the EFCC thereby populating the Commission with their men for no other reason than pecuniary benefits at the expense of the Commission that no longer have any need for them. Their forced presence and illegal entitlement have only breed corruption, career stagnation, tyranny, unprofessionalism and ineffectiveness in the commission.

The Police has turned itself to a new colonialist and imperialist in the EFCC such that the EFCC operatives who are senior in rank, better qualified, exposed, educated and trained both locally & internationally in Economic and Financial Crimes Investigation are now relegated to the background while their seconded men hold sway in all the strategic positions of the Commission. Despite the fact that the pioneer cadet officers (Course 1) of the Commission are now qualified for the Chairmanship position by law, seconded police officers are being favored to head almost all the EFCC zonal offices across the country.

In other to perpetually retard the officers of the Commission, the police leadership in the Commission, especially in the last five years has refused to conduct promotion examination for the Commission officers, while they receive their own promotion regularly in their mother organization even without any written examination. The police leadership, in order not to allow any form of independence of the Commission, refused to de-second all mobile police men from the Commission after spending hundreds of million of naira to train the Commission’s armed mobile detectives in the Nigeria military academy. Despite receiving the best of arms training from the Nigeria military, these extremely gallant set of detectives have been deprived of their duties for which they were recruited and reduced to mere messengers in the office.

In addition, trainings that are met to enhance capacity building for core personnel of the Commission are being hijacked by seconded police officers who by law are not permitted to stay beyond few years in the Commission except where they abuse and violate extant rules as many of them have been found doing. Now that the EFCC has come of age, all relevant stakeholders i.e the Executive, National Assembly, etc must immediately review the EFCC establishment Act with a view to amending the relevant sections that will strengthen the EFCC as a strategic, independent, more efficient, effective, professional and proactive institution that will be better placed in the fight against corruption, Economic and financial crimes in Nigeria.

Reason For Proposed Amendment:
The EFCC has since evolved beyond the provision of section 2 (i) (a)ii which has become obsolete and no longer in tandem with the present reality of the Commission. It is obvious that as at the time of drafting the act, the Commission was new, had no operatives and ranking system of its own, hence the police ranking system was used to benchmark the qualification for office of the Chairman. Now, the commission has its ranking system and operatives who are best qualified for the position. Also, for Institutionalization, Independence, Career Progression, Growth and Development.

Reason for proposed amendment:
In view of section 2; (3), if the senate is required in the hiring/appointment of the Chairman of the Commission, the Senate should also be required for the firing/disengagement. No doubt this will enhance stability, professionalism, independence, strengthen and insulate the Commission from unnecessary political interference or manipulation as in the case of CBN, INEC etc.

Reason for proposed amendment;
This is to encourage standard, rule of law, global best practices, strong institution and due process. It is also to reduce leadership anxiety, over politicization, uncertainty, sycophancy and abuse of office. There is no doubt that the above amendment will help to create an enduring and fully responsible institution. We must quickly be reminded that officers on secondment cultivate double loyalty and commitment. First, to their primary consistency (mother organization) and second, to place of service or secondment.

POLICE IMPERIALISM AND CORRUPTION IN THE EFCC

While anyone will appreciate the effort of the police at the formation of the EFCC, it must be emphasized that after almost 16 years of mentorship, they must now exit without any further delay as the EFCC and its personnel have come of age. Those familiar with the operations of the EFCC know that the professional work force of the Commission are the vibrant and intelligent core officers. It is no longer news that police officers pay huge sum and lobby to be posted to the Commission which they regard as “Local Mission” for pecuniary opportunities.

It is not surprising that almost all the key departments of the Commission are headed by seconded police men, most of whom are junior in rank, less trained, less educated, less experienced compared to their EFCC counterparts who have been exposed to professional trainings both locally and internationally. The police colonialism and imperialism in EFCC must be rejected by all well meaning Nigerians, the law enforcement and intelligence community. As at today, the NFIU that was just severed as department in EFCC, is now more independent, organized, focused than the EFCC of 16 years after they were granted autonomy about 3 years. ago.

Mr. President, Gen. Muhamadu Buhari and all anti-corruption crusaders are respectfully urged to redefine the fight against graft, economic and financial crimes by going all the way to redefine the EFCC for optimum performance by sending the police packing from the EFCC, especially now that their primary constituency have better need of them in the areas of their primary assignment at this present time that the administration is battling insecurity in the country. 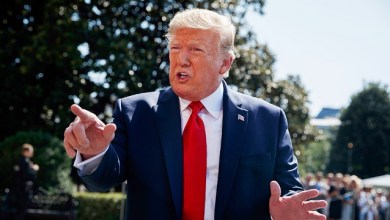 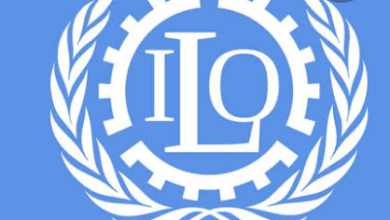 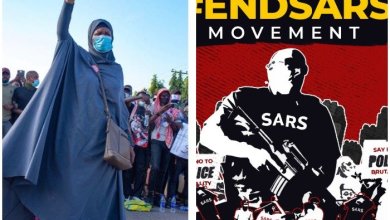 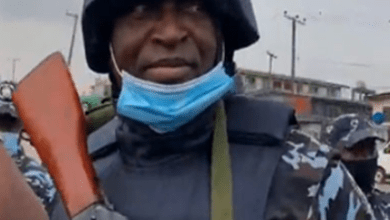