The burial few days ago of the 88 years old Justice Adolphus Karibi Whyte brought back memories of his brilliance, erudition and patriotism.

Whyte, an outstanding Professor of Law, died of heart failure on May 22, 2020 in Port Harcourt, Rivers State.

A legal Icon and unarguably, a quintessential jurist par excellence was described by many as a man driven by his passion for justice according to law, who was resolute and reputed for integrity.

Born on the January 29, 1932 in Abonnema, Akuku Toru Local Goment area for Rivers State, Whyte attended Kalabari National College KNC Buguma Rivers State from 1946 to 1950 and worked as a clerk of court from 1951 to 1957.

He got his LL.B from the University of Hull in 1960 and was called to the bar of the Middle Temple in London in 1961. His thirst for scholarship moved him to the University of London where he got his masters (LLM) in September 1962.

In 1970, he topped it with a PhD in Law at the University of Lagos. He rose to the rank of Associate Professor before quitting becoming the second Nigerian after Dr Teslim Elias to transit from academia straight to the Bench.

He was appointed as a Draftsman in 1973, by the Rivers State Ministry of Justice and within three years, he was promoted to the post of  Solicitor-General in the ministry.

After a long spell, his career took a  turn for the better when he was made a judge of the Federal Revenue Court in 1976. His was elevated to the Court of Appeal in 1980 and in 1984 the late Karibi-Whytte became a Justice of the Supreme Court (JSC) from where he retired in 2002.

Between 1994 and 1995, he was the Chairman for the Nigerian Constitutional Conference.

He got a chance to sit outside the country in November 1993, when he got appointed as Judge of the International Criminal Tribunal for former Yugoslavia, sitting in The Hague.

He wrote thirteen books in his lifetime while he also have 55 academic publications in local and international journals. Some of them are: “The Federal High Court: Law and Practice” (1984) and “The Relevance of the Judiciary in the Policy: In Historical Perspective (1987).”

Some landmark judgments were also recorded in his name. The are; Government of Gongola State vs Tukur (1989), Attorney General of the Federation vs Attorney General of Abia State, Grace Jack vs University of Agriculture, Makurdi (2004) and Savannah Bank of Nigeria Limited vs Pan Atlantic Shipping & Transport Agencies Limited (1987).

He was the traditional head of Tubofia and Boto Group of Houses of Abonnema in Rivers state.

The retired Supreme Court judge is survived by a wife and at least seven children: Asikiya, Tonye, Gogo, Abiye, Tokini, Sodigi and Nengi.

While condoling government and people of Rivers State over the passing of legal icon, author and Professor of Law, Justice Adolphus Godwin Karibi-Whyte, President Muhammadu Buhari commended his contributions to law and jurisprudence in the country.

In a statement by his Special Adviser on Media and Publicity, Femi Adesina the President said the legal luminary used his knowledge, wisdom and experience in serving the nation he loved so much, working diligently as a scholar for many years, before transiting to the judiciary, and pursuing his passion of ensuring fairness through the Federal Revenue Court, Court of Appeal and Supreme Court of Nigeria.

The President affirms that Justice Karibi-Whyte played many historic roles in growing Nigeria’s legal system,  strengthening democratic institutions and shaping the policy direction of many governments and international agencies, as he served as Chairman, Nigerian Constitutional Conference, 1994-1995, Counterfeit Currency Tribunal, Nigerian Institute of Advanced Legal Studies, Committee of Pro-Chancellors of State-Owned Universities, and Judge and Vice-President of the International Criminal Tribunal for the former Yugoslavia at The Hague.

The President stated further that the erudite jurist lived and led by example, set a standard for resourcefulness and patriotism, and brought honor to the country, praying that the almighty God will grant his soul a peaceful rest.

Also reacting, , the immediate past Director-General of the Nigerian Maritime Administration and Safety Agency (NIMASA), Dakuku Peterside, described the death as a huge loss to the legal profession, Nigeria and Rivers State in particular. He described the late Justice as one of the finest jurists of his generation, who brought tact, discipline, and sound judgments to the legal profession.

“Late Justice Adolphus Karibi-Whyte was a complete gentleman and an intellectual to the core, he was never found wanting throughout his time in the judiciary and represented one of the best of his generation.

Another top leader in the state, Magnus Abe, former senator, averred that the loss of this great and capable mind at a time of grave crisis in the world when his wisdom, wealth of experience and calm fatherly disposition would have been invaluable to our country is painful indeed.

Former senator representative of the Rivers South-East Senatorial District at the National Assembly condoled the Judiciary in Nigeria and the Whyte family over the death of the former Supreme Court Judge.

He described the late legal icon as an accomplished lawyer, teacher, a man of character and proven integrity whose immense contribution to the development of the Judiciary in Nigeria can never be forgotten. “Justice Adolphus Karibi Whyte meant different things to different people, to me, he was a father, a friend, and a counselor. I was mesmerized by his passion and commitment to Justice.

Tribute: The Cross Over of Senator Hosea Oladapo Ehinlanwo

Tribute: The Cross Over of Senator Hosea Oladapo Ehinlanwo 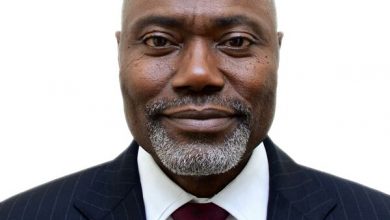 “Only Nigerians can solve their own problems” – Yusuf Ali SAN