The duo of Nnamdi Kanu, leader of the proscribed Indigenous People of Biafra (IPOB) and his lawyer, Mr Ifeanyi Ejiofor were absent in court on Thursday at the resumed trial of his alleged treasonable felony and other allegations.

The matter was fixed for hearing on Nov. 26, but when it was called, both Kanu and his counsel.

Subsequently, the trial judge, Justice Binta Nyako of the Federal High Court Abuja has fixed January 27, 2021 for continuation of the trial.

The trial judge, Justice Binta Nyako while adjourning the matter held that it would go on even if the defence counsel was absent on the new date.

Justice Nyako also said that cost would be determined at the end of the trial. Kanu was admitted to bail in April 2017 for health reasons, but skipped his bail after reportedly flouting all the conditions given to him by the court.

Meanwhile, a  lawyer in a sister case, Mr E. Ejiofor told the court that Kanu’s lawyer had asked him to draw the attention of the court to a letter he wrote explaining why he was absent in court.

In the letter, Kanu’s lawyer explained that he got the information for the new date of Nov. 26 on Nov. 25.

He said he had travelled out of Abuja, and would not be able to travel back immediately to attend court because of the short notice.

But while raising an objection, the prosecuting counsel, Mr Shuaibu Labaran said the letter was dated Nov. 24.

He said, “The letter predates the information from the registrar concerning the date for the matter. It is a deliberate attempt to mislead the court and I object to it and ask the court to disregard it.”

According to Labaran, there has been a consistent and deliberate attempt to frustrate the continuation of the case by the defence counsel.

He said that in the absence of the defence lawyer, the prosecution would be compelled to ask for an adjournment but with cost to the defendant.

In a related development, the trial of Bright Chimezie, Chidiebere Onwudiwe, Benjamin Madubugwu and David Nwawuisi was adjourned until Jan. 27 due to their absence in court.

Recalled that the court made an order separating Kanu co-defendants trial with Kanu’s in order to speed up trial,

While making a case for them, their counsel, Mr F.K Kamagan, E. Ejiofor and Maxwell Opara all told the court that their clients were absent in court because they were out of Abuja and they received information of the new date on Nov. 25.

The defendants are standing trial on alleged treasonable felony, improper importation of goods and illegal possession of firearms. 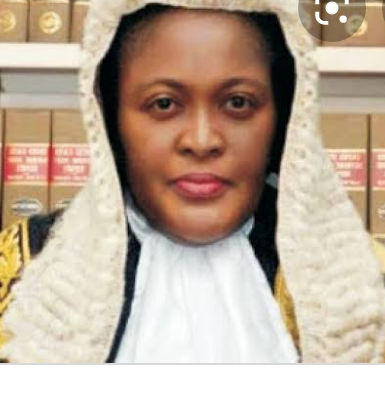 Atiku, Saraki to pay Lagos trader N5m over unauthorized use of picture on campaign billboard