An Ogun State High Court sitting in Sagamu will next week, February 24, 2022 begin hearing in divorce suit filed by a former Lagos Commissioner for Finance, Prof Mustapha Abiodun Akinkunmi, against his wife, Mrs Mojisola Obasanjo(nee Onabanjo), former wife of Gbenga Obasanjo, son of former President Olusegun Obasanjo. This divorce suit is coming 14 years after Mojisola went through a messy divorce with her former husband before an Ikeja High Court in Lagos.

Known presently as Mrs Mojisola Oluwayemisi Akinkunmi, she got married to Prof Akinkunmi on April 24, 2010 in New York City in the United States of America. The union was blessed with a son in 2011.

The divorce suit had to be settled out of court due to the messy scandal that emanated from both Gbenga and Moji.

However, before the settlement, Gbenga Obasanjo dropped a bombshell on his father’s alleged sexual intimacy with Moji. Gbenga not only accused his own father and Nigeria’s former president of having sex with his wife before awarding contracts to her, but also alleged that his wife’s father, Otunba Alex Onabanjo and other men slept with her.

This formed part of the processes filed to dissolve the marriage at the Lagos High Court, Ikeja Division, in Suit No. ID/172HD/2006.

The revelation was contained in an affidavit he submitted to the court in response to a messy divorce case already in court.  According to the affidavit signed on behalf of Gbenga Obasanjo by his counsel, Emankhu Addeh of Addeh & Associates, “The petitioner (Gbenga) averred that the respondent (Moji) confided in him severally while they were living together (sic) that she had been sexually abused and defiled by her father, Otunba Alex Onabanjo on several occasions.

“The petitioner avers that it was his bid to forcefully put an end to this ignoble acts on the part of his father-in-law, Otunba Alex Onabanjo, that led to the total breakdown of relations between himself and Otunba Onabanjo.

“The petitioner further avers that he knows for a fact that the respondent committed adultery with and had an intimate, sexual relationship with his own father, General Olusegun Obasanjo, in order to get contracts from the government.

“The petitioner avers that the Respondent also got rewarded for her adulterous acts with several oil contracts with the NNPC from his father, General Olusegun Obasanjo, amongst which was the NNPC Consultancy training in supply chain management and project management awarded to her company Bowen and Brown. The petitioner avers that the Respondent shamelessly carried on her sexual escapades without any thought as to the psychological effect of same on him.”

The petitioner avers that it is now necessary for a court ordered DNA test to be carried out on both himself, Otunba Alex Onabanjo and General Olusegun Obasanjo by a competent independent medical laboratory chosen by the court, in order to ascertain the actual paternity of the children of the marriage as the continued uncertainty about their actual paternity is making his life a misery

In the papers filed before the Sagamu court and sighted by www.thegavel.com.ng, Prof Akinkunmi claimed he is seeking dissolution “on the ground that the marriage has broken down irretrievably on the facts that the Petitioner and the Respondent have lived apart for a continuous period of at least 2 (two) years immediately preceding the presentation of this petition; and that since the marriage the Respondent has behaved in such a way that the Petitioner cannot reasonably be expected to live with the Respondent”.

Prof Akinkunmi in the process also accused Moji of infidelity in their marriage. “Barely some months after she moved into the matrimonial home, she went back to her old ways of living more importantly engaging in extra marital affairs and this led to her moving out of her matrimonial home finally on 19th October, 2018 and she has since refused and/or neglected to return to the matrimonial home”.

He stated that after their marriage, they cohabited in New York City, United States of America, after which they moved to Nigeria and lived in Ikoyi, Lagos, after which the respondent moved out of the matrimonial house on 19th October, 2018″. The marriage produced an under age son.

The couple had tried a divorce prior to this one before Justice O.O Majekodunmi in suit number HCT/235/2019 but  was withdrawn and struck out.

He stated further: The Respondent is in the habit of putting up an issue in order evade her responsibilities as a wife and mother in the home. The Respondent is highly temperamental. She has the habit of quarrelling with the Petitioner at every excuse, she has exhibited uncontrollable anger towards the Petitioner. Her character and behavior is totally adverse to peace and she is in the habit of damaging property as a result of her uncontrollable anger. This attitude of hers towards the Petitioner led to filing an action against her in order to curb her.

The petitioner further stated that the respondent has a nonchalant attitude towards him as she is uncaring and unloving towards him. She is ill-mannered as she shows no respect, and was unrepentant as she consistently continued her way of life and wrong doings.

“In December, 2017, the respondent moved out of her matrimonial home as she always desires to live a carefree live. In January, 2018, she moved back into the matrimonial home through the intervention of some family friends by the act of forgiveness on the part of the petitioner and she did promise to mend her ways.

He therefore seeks the following  from the court:

A decree of dissolution of the marriage between the Petitioner and the Respondent on the ground that both parties have lived apart for a continuous period of over 2 years after the marriage preceding the presentation of the petition.

Such other or further reliefs as the Honourable Court may deem just in the circumstances of this Petition.

The case is billed to be heard before Justice C.C Ogunsanya on February 24, 2022. 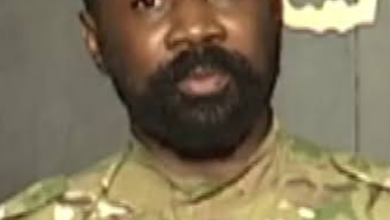 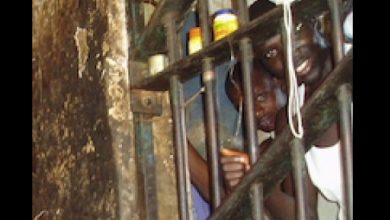