The National Industrial Court in Abuja has imposed a fine of N10.1 m on the Nigerian Immigration Service NIS as penalty for the use of barbaric and crude force to evict one of its senior officials, Daniel Makolo, from his official quarters.

Justice Oyejoju Oyebiola Oyewumi, in a judgment, ordered the Immigration to pay the sum to Makolo as compensatory damages for its unlawful and barbaric conduct against the official.

The judgment, delivered on February 16, a copy of which was sighted on Sunday by www.thegavel.com.ng was in a suit marked: NICN/ABJ/395/2020 filed by Makolo.

Justice Oyewumi found that the NIS and other defendants resorted to self help in evicting Makolo, who was still in service, when armed officials of the NIS in 2017 invaded his quarters, in his absence, pulled down doors to the property and went away with his belongings.

The judge dismissed the defendants’ counter-claims on the grounds that they failed to prove their claim that Makolo was not entitled to the salary he earned from the month he was forcefully evicted till he was purportedly eased out of service in 2018, a decision he is currently challenging in court.

Justice Oyewumi said: “This court will not lend its voice to the act of self help and force used by the defendants.

“The resort to self-help and use of force by the defendants in evicting the claimant without an order of court thereby illegally removing the properties of the claimant makes them liable in damages for the breaking down of the door of the apartment and removal of the claimant’s properties.

“It is important to note that the claimant was still in the employ of the first defendant (NIS) when he was forcefully evicted from the government quarters in 2017, way before he was dismissed by the defendants in 2018.

“One then wonders why the first defendant deployed force and self-help in evicting the claimant. I need to equally state here that 48hours notice given to the claimant by the defendant to vacate the Staff quarters is unreasonable and inadequate for a staff who according to them has been posted to Borno State without any other prior notice.

“I find from all the peculiar facts and circumstances of this case that the defendants’ action was unreasonable, arbitrary and barbaric.

“The court has reasoned herein before in this judgment that the claimant is entitled to damages for forceful entering arbitrary and barbaric resort to self -help by the defendants in evicting the claimant from his apartment. It is in the light of this that I award the sum of N10, 000,000.00 only, as damages to the claimant against the first defendant.

“The claimant, having succeeded in most parts of his claim and not misconducted himself while conducting his case, is entitle to cost. Therefore, it is in the exercise of my discretion that I award the sum of N100,000.00 as cost to the claimant. I so award,” the judge said.

In dismissing the defendants’ counter-claims, the judge said: “The law places a legal burden on the defendants to justify and establish their claims, failing which the court cannot grant same.

“It is in view of lack of prove of the reliefs sought by the defendants/counter-claimants that I hold that their counter-claims fail in its entirety and thus dismissed. 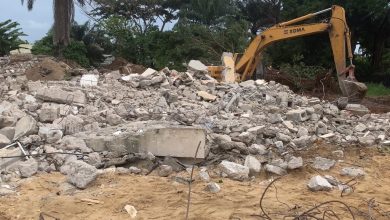 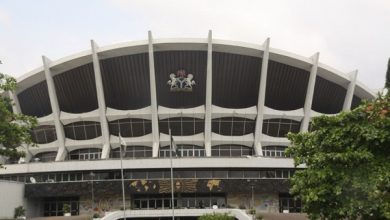 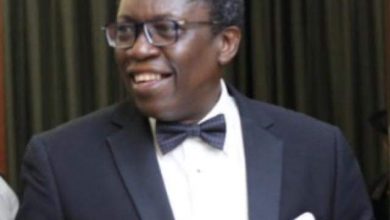 Supreme Court decision on landlord’s quit notice on a tenant