Richard Akinnola wrote on his verified Facebook page and I quote: “In the run up to the 2015 elections, Osinbajo was the running mate to Buhari but to the best of my knowledge, Pastor E.A Adeboye did not at anytime come to ask members of his church to vote for Osinbajo, who is a senior pastor in the church. Rather, you would all recall that Pastor Adeboye actually prayed for the then President Goodluck Jonathan, who came to him for his blessings, right in front of Osinbajo ”

When a man customarily hates another man for just no reason or paid to do a devious hatchet job, he does the hatred hatchet job fervidly, dutifully and lustfully as though his life depends on it. He becomes avoidably too faultfinding, persnickety and fastidious in finding holes in his whole. He sees no good in the man because his logical lens has been impaired by everything aversion, loathing and bitterness for the man. In fact, it can get so worse that when he sees the man garb or clad on a kingly royal regalia and ride on the back of a festooned horse, he would still chide and flay him ludicrously and ridiculously, averring that it isn’t a horse but rather just a mere bull.

For sure, one would be easily cut some slacks if he stacks up Professor Farouk Kperogi against people with these kind of druthers and penchants for repulsion and revulsion against another man causelessly judging from his umpteen deleterious, injurious and unconstructive scathing and searing attacks on the Vice President Yemi Osinbajo for just know cause.

To Kperogi, Osinbajo is his pen’s bullying and punching bag any day he earmarks him for God knows why reason with his malious fire brand of writing, usually fraught and replete with spitefulness, repugnance and resentfulness. Don’t misconstrue me, is Professor Kperogi a good world’s writer of words,absolutely yes, one of the very best among his pantheon. Is he a constructive writer? Hell no, he is absolutely far from it, his writings are bargain down, laced with retribution as though he has an axe to grind with people he targets for ruinations and extermination; his writings negate patriotism of public interest, but that of self-interest of financial and influential clout-chasing – his pen bleeds blood by fanning political and religious embers of discord, a real danger to the country’s weak and enervated peace and unity, rather spilling the ink of national unity, sameness and oneness (sic) patriots always talk of dying for their country but never of killing for their country.

Just last week again for instance, Kperogi in his perennial mischievous and spiteful peculiarity professedly associated the Vice President, Yemi Osinbajo to a memo issued by the Redeemed Christian Church of God (RCCG), which was about the creation of an “Office of Directorate of Politics and Governance” bearing a directive to be replicated at all levels of the church – zone, area, and parish, endearing him to use all manner of censoring and disparaging remarks aimed at the Vice President, such as being quoted as saying “There’s no Christian in government in Nigeria’s history who has ever been as narrow-minded, as culturally clueless, and as insular as Osinbajo…”

Was this a carefully planned and orchestrated ploy by Kperogi and his abbetors to test the political water by pouring blood into the political pond ahead of the 2023 presidential election even though the man at the centre of attraction, Professor Yemi Osinbajo has not officially declared to run for the presidency? Who is afraid of Osinbajo? Is Osinbanjo’s looming image so horrifying, intimidating and spine-chilling that his his self-perceived political for are already losing sleeps and thus engaging in all manners of media attacks? As I wrote in my last article, or is Osinbajo’s lion looks so scary that even if it doesn’t roar, its look sends shivers down the spines of his self-identified enemies?

If not for mischief and bare-faced aversion, how can Kperogi be equating an activity of a Pentecostal church to that of the office of our Vice President even though the RCCG through its Head of Media and Public Relations, Pastor Olaitan Olubiyi had unequivocally declared that the politics directorate of the church was created to sensitise members of the church for active political participation including getting their Permanent Voter Cards ahead of the 2023 general elections?

Olubiyi also said RCCG has been creating political awareness for its members since the transition from military to civil rule in 1999 and there was nothing new about the development. He said Christians cannot afford to act ignorantly by staying off politics because the choice of political leadership affects the entire wellbeing of any people, as also admonished other churches in Nigeria and elsewhere to emulate the activities of the church by sensitising their members to be politically involved.

Why then is Kperogi blazing away, crestfallen at the same time, and thus heating up the polity, and by fiat wrongly and mischievously accusing the person of the Vice President as being nepotistic, even after the Senior Special Assistant to the Vice President on Legal Matters, Balkisu Saidu had with enumerated evidences listed the senior positions of the VP’s office that are held by Muslims, including individuals from the North to debunk such duplicitous claims?

Kperogi is a chameleon that often limps to town gun blazing from his US abode with the vendetta of pen warfare on the Vice President, alternating colours of everything on sight intermittently in a pseudo manner, while he expects the commendations and eulogies of the spectators and bystanders as he spills his bloody ink just to curse who God has blessed. But at his every trial,each time he tries to limp faster to impress the comity of logical thinkers his fragile legs miss the ground and fall disastrously. The more he blackmails the VP, the more the bond between him and his Boss, President Buhari gets strengthened, and even be apportioned with more delegated responsibilities that would be of public good and importance.

May God shame the descendants of Herod of our time who feel with their premonition it would be better off to kill the dreams of the emergence of the Vice President Yemi Osinbajo as the President prematurely via falsehood and mendacity, rather than see him emerge, just as the biblical account of the book of (Matthew 2:1-12) had it that after Herod, the bad king in Jerusalem, hears about this new king who has recently been born in the nearby town of Bethlehem, he tells the astrologers: ‘Search and find the child, and then come back and tell me’ because he wanted to kill him prematurely to thwart his destiny of being a King before God gave a warning to Mary’s husband, Joseph, to get up and run far away to Egypt. There Jesus was saved from bad Herod unhurt. Can someone shout Amen! 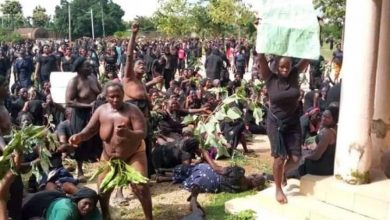 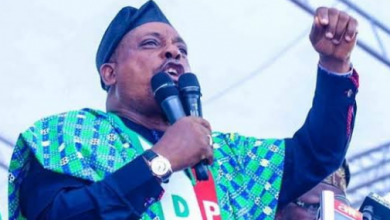