The nauseating rot which has permeated the sociopolitical fabric of Nigeria has insidiously crept into the Nigerian university system with disastrous consequences. It is not a surprise because the universities are inhabited by Nigerians who cannot be extricated from the currents of their geographical environment. To be sure, it did not start today. It has simply reached an offensive crescendo, what with the fetish, absurd drama that took place at Obafemi Awolowo University Ife last week over the appointment of a Vice Chancellor. Not even our revered dramatist Professor Wole Soyinka could have crafted that negatively thrilling drama that shook genuine academics to their souls! Need we refer to the ugly fight in University of Lagos that compelled the exit of Professor Eni Njoku (Easterner) in 1962 and his replacement with Dr. Saburi Biobaku a Westerner?

As a young man I remember reading Chukwuemeka Ike’s novel The Naked Gods which is set in the 1960s where aspirants to Vice Chancellorship got involved in some fetish nonsense. The novel is about ‘a display of power and self-aggrandisement of academics in the quest for the position of the Vice Chancellor of the newly established Songhai University’. If literature is a mirror of life, I leave the rest to readers on what fed the writer’s imagination in producing The Naked Gods. Indeed, the naked, blemished gods of Ife descended from their pantheon to desecrate the academic walls of the Great Ife University last week.

Having been in the university system since 1978, I can with some authority comment on this gradual but sure descent into infamy, obsequiousness, and lust for power, especially in the appointment of principal officers in the universities. Juju, including burying live cows, fetish pots at junctions, and babalawos on campus have been part of the unhealthy game. It was the bloody fights that preceded second terms of VCs that made the government change tenures to a single five-year term. The VCs have become infinitely powerful, both administratively and in determining the future of the institutions. The average VC presides over funds’ disbursement at different levels. The fierce struggle for the position is not over who will do the utmost research or produce excellent students or attract funding to the university. It is about power. Power over their peers. Power over funds. Power to relate with the men in the corridors of power. And this is tragic. It is true that we have had and continue to have some excellent Vice Chancellors, men and women who run the system on Committee’s basis without trying to muscle their way against enemies, real or perceived. Such men are to be commended. We need more!

Last week, the nation was shocked when videos of some persons dressed in fetish robes and carrying objects associated with ‘juju’ pranced about the premises of Obafemi Awolowo University to protest the emergence of a Vice Chancellor who they claim is not an indigene of Ife. How Chief Awolowo would have shed tears if he could see the nonsense that took place in an institution which he established following the egalitarian principles which still held sway in the 1960s! The people of Ibadan had also clamoured for an Ibadan indigene to be appointed Vice Chancellor of the national and international institution last year. The federal universities at Ilorin, Jos, and Benin among others are institutions which have cornered the Vice Chancellorship for indigenes of the community which hosts the university. This is a disgrace. Shame to academics who champion the ethnic card in appointing persons to office that require academic and research competences. The federal universities are in cities. But the ethnic groups which claim ownership of the cities under consideration do NOT own the universities. We must place on record though the appointment of some experienced non-ethnic VCs to handle the takeoff of some universities in 2011. The dynamic Professor Oye Ibidapo-Obe (now deceased) was appointed VC of Alex Ekwueme University Ndufu-Alike Ikwo. Left to academics within the system, they are not likely to elect a non-indigene to the office of VC!

Because the university is a place where truth, honesty, ideals, and learning are upheld, ought to be upheld, this town-gown incestuous relationship and influence is dangerous to the survival of university education. Often, when ASUU highlights the challenges of the educational system in the public space, it ignores the internal problems of the universities. If ethnicity becomes the most important factor for appointment to academic positions as we are told currently happens in some universities, then our universities are in trouble. The university idea accommodates all shades of competent persons irrespective of their beliefs, religion, orientation, and racial/ethnic background. In some universities except one is an indigene they cannot act as Head of Department despite being the most senior academic. This dangerous nonsense happened when Abia and Imo States were split and people from the other side could not enjoy the full benefits of the system! When Ekiti State was created out of Ondo State, academics of Ondo extraction were virtually thrown out of the campus!

While the charade at Ife was playing out, news came that one Dr. Toyin Tofade, obviously a Nigerian of Yoruba ancestry, will from July 1, 2022, become the first Black woman to serve as President of Albany College of Pharmacy and Health Sciences (ACPHS), US, in the college’s 141-year history. Toyin, it is interesting to observe, took her first degree from Obafemi Awolowo University! A Nigerian who had her initial studies in Nigeria can head an institution in America, yet Ife indigenes and their counterparts in some other universities are clamouring for indigenous Vice Chancellors! Shame on such ethnic jingoists. 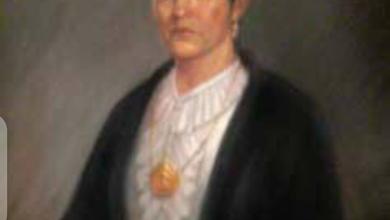 Micaela Bastidas: Woman with tongue severed who fought her executioners 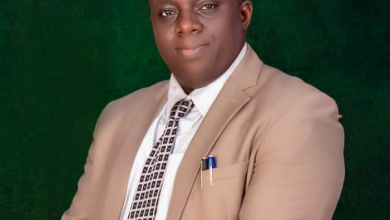