The Federal High Court sitting in Lagos on Tuesday further adjourned till May 30 to hear applications in a suit between three banks and two firms, and Benin Electricity Distribution Company Limited (BEDC) and others over an alleged debt where the latter is challenging it’s involvement in the disputed debt.

Their applications sought time to respond to a fresh counter-affidavit served on them by the three banks and two firms – who are counter-claimants in the suit FHC/L/CS/239/2022 through their counsel Kunle Ogunba, SAN.
BEDC and seven others are the respondents to the counterclaim.
When the suit came up for hearing on March 30, 22, Justice Bogoro adjourned till April 5 to hear an application by Kemi Pinheiro, SAN, seeking to strike out BEDC’s name from the suit.

Pinheiro had lamented that BEDC operations had been affected by the suit. “I urge the court to hear our application first, which takes priority over any interlocutory application,” the lawyer said.

At the resumption of proceedings on Tuesday, Olanipekun and Agbaje informed the court that they had just been served with Ogunba’s counter-affidavit.

They prayed the court for time to allow them to respond. Ogunba did not oppose the application for an adjournment, following which Justice Bogoro fixed May 30 to hear all objections to the counter claim

Justice as the bedrock of democracy in Nigeria (5) 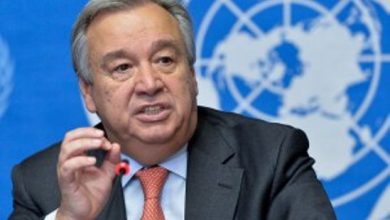