The Supreme Court judgement on Friday morning dismissing Chibuike Amaechi’s appeal against his indictment by the Rivers State Judicial Commission of Inquiry over a N96 billion fraud has in itself raised constitutional questions on the fate of the former Minister of Transport.

First is whether, having regard to the indictment of the Tribunal of Inquiry led by Justice George Omereji, he has not been technically knocked out of the presidential race?

Section 137 of the Constitution of the Federal Republic of Nigeria bars anyone who has been so indicted from being elected President of Nigeria. The Commission, headed by Justice George Omerej, was set up by Gov. Nyesom Wike in 2015 to investigate cases of corruption under the Amaechi administration, specifically the sale of valued assets belonging to the state government.

Justice Omereji had told journalists after submitting the report to Gov. Wike that ‘’there was the sum of N55 billion in the State Reserve Fund. Between 2014 and May 2015, the past administration was able to remove N53 billion and we found out that the money (N53b) was not used for projects in the state. The money went to individuals. That money belongs to Rivers people, and it should be recovered so that we can use it for the people of Rivers State’’.

The Justice Omereji Commission had also recommended that the state government should take steps to recover the stolen funds and assets and prosecute the indicted persons in court.  Amaechi had however challenged the panel’s report at the Federal High Court, Port Harcourt, and lost. He appealed and lost at the Appeal Court, and this morning, he lost at the Supreme Court.

Amaechi however believes that the Supreme Court Judgment on Rivers vindicated him as his his stance on the report of the Commission has been justified by the apex court decision.

His position is contained in a statement by the Media Office of the presidential aspirant of the All Progressives Congress (APC), which reads:”Nigeria’s apex court today ruled on the Appeal filed by Rt. Hon. Chibuike Rotimi Amaechi against the Rivers State Government on the Justice George Omereji Judicial Commission of Inquiry.

“The Supreme Court in dismissing the appeal pronounced that the function of the Judicial Commission of Inquiry was mere investigative, that nobody, neither Amaechi nor anyone else, was on trial before the panel.

“The Supreme Court ruling clearly vindicates the former Governor of Rivers State. The apex court was categorical and clear that Amaechi was not on trial.

The implication of this is that any indictment from the Commission is null and void and cannot stand.

“With this judgment, Amaechi  has been vindicated and cleared of all purported or alleged indictment by the Governor Wike’s Commission. It has been further settled that the decisions/recommendations of the Commission of Inquiry and subsequent White Paper issued by the State Government is not a conviction or indictment and cannot stand.

“From the onset, it was obvious to any discerning mind that the Commission was set up to embarrass, denigrate and humiliate Amaechi.

“The apex court’s judgment further buttressed this stance. A commission purportedly set up to investigate past financial transactions was actually a commission to personally witch-hunt Amaechi,” the statement said.

Basking in the euphoria of the Supreme Court judgment, Gov Nyesom Wike said that the coast has become clear for Elders of the state to determine the fate of the former governor.

Wike asserted that as a person, he would not take any action on the report of Justice George Omekeji Commission of Inquiry which indicted Amaechi for alleged massive fraud without the direction of Rivers Leaders.

In his reaction to the Friday judgment of the apex court, Wike, flanked by his political associates said the leaders of the State will meet to decide on the fate of Amaechi over the misappropriation of N96 Billion belonging to the State.

Wike thanked the judiciary for stabilizing the country’s democracy.

“If leaders of the State say we must prosecute the former governor and those indicted by the Commission of Inquiry, I will have no problem with that.

“By Monday, I will direct the Attorney General of the state to file charges against him (Amaechi) and others found culpable in the fraud once I receive Elders advise to do that. I’m not being vindictive but at the sametime, I have been vindicated.

“It is for the leaders of the State to meet and decide on what to do next.

“There is nobody that sees the report and recommendation of the panel of Inquiry that will not cry for Rivers and its people.

“Remember, Amaechi was not to be cleared by the Senate for Ministerial appointment but a government that says it is fighting corruption was pressured and he was cleared. I have to consult the leaders of the State on what to do next. If they say, prosecute them, on Monday, the Rivers Government will file   charges against Amaechi and others” Wike stated.

“Imagine that the sum of $50million Dollars was paid to Sahara Energy Company that belongs to Tonye Cole, etc, Wike lamented. 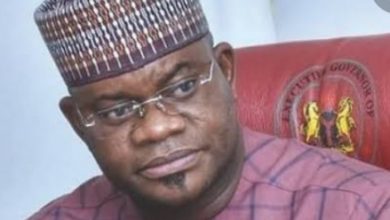 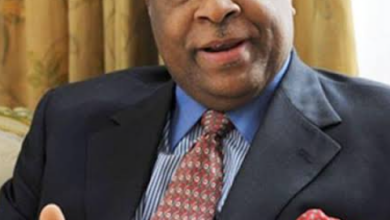 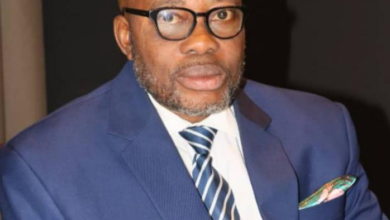 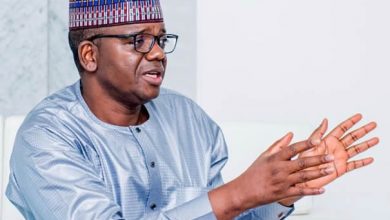