Britain begins the day as a member of the European Union. Its status at the end of the day — as a proud nation that has reclaimed its sovereignty, or a diminished presence in Europe and the world — will still be up for debate.

The EU will have to bounce back from one of its biggest setbacks in its 62-year history to confront an ever more complicated world with a new, staunchly free-market competitor just across the English Channel.

It’s the first time a country has left the EU, and many in the bloc rued the day. In Brussels, EU Commission President Ursula von der Leyen lamented that “as the sun rises tomorrow a new chapter for our union of 27 will start.”

But she warned Brexit day would mark a major loss for the U.K. and said the island nation is heading for a lonelier existence. “Strength does not lie in splendid isolation, but in our unique union.” Newspapers across the continent were marking the departure with headlines of “Adieu to Europe” and “Bye-Bye!” next to a Union Jack flag.

U.K. Prime Minister Boris Johnson is to meet in the morning with his Cabinet in the pro-Brexit town of Sunderland, in northeast England. He is scheduled to deliver a televised address to the country an hour before departure, calling Brexit “not an end but a beginning.”

According to his office, he will describe it as “a moment of real national renewal and change.”

The government hopes the moment will be marked in a dignified, nontriumphalist fashion, with red, white and blue lights illuminating government buildings and a countdown clock projected onto the prime minister’s 10 Downing St. residence.

Some Brexit supporters will be holding more raucous celebrations. Arch-Brexiteer Nigel Farage and his band of devotees will gather for patriotic songs and speeches in London’s Parliament Square to mark a moment that even Farage sometimes doubted would ever come.

Others do not feel like indulging in any festivities. Lawyer Alice Cole-Roberts said Friday morning she expects “more and more frustration” as Brexit unfolds.

“It’s a very sad day,” she said. “I’m very upset that we are leaving the European Union and I simply wish it didn’t happen.”

For the next 11 months, the EU and Britain will already be pitted against one another as they seek to negotiate a trade and security deal as part of their new relationship. 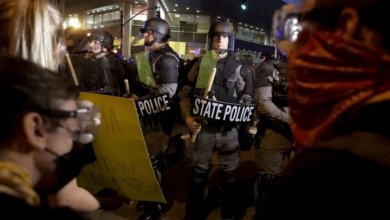 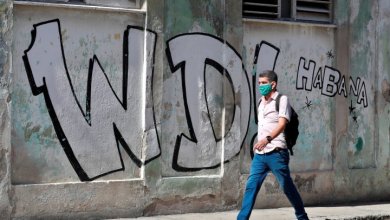 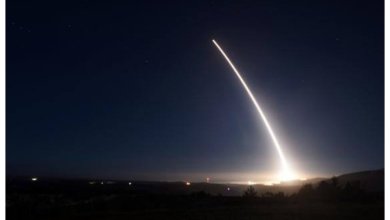 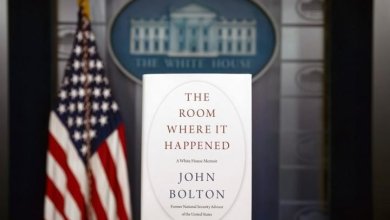 John Bolton can publish book despite Trump’s efforts to block it, Judge rules