Donald Trump has declared that he suspects the coronavirus pandemic is linked to a virology lab in China’s Wuhan province.

The European response to that accusation has been tepid — no surprise after four years of Trump criticizing Europe on everything from defence to trade policy or ignoring them altogether. The European Union does not believe COVID-19 originated in Wuhan. It has nevertheless called for an independent post-mortem into whether China’s actions, deliberate or otherwise, have been responsible for the spread of the disease.

Since the First World War, the West has looked to Washington for leadership whenever there is trouble. But relations with the U.S. have unravelled under Trump to the point that it would be political poison for the Europeans to have much to do with the American president. The straw that may have finally broken the camel’s proverbial back was Trump’s wild, off-the-cuff suggestion that injecting household cleaning agents might help stop COVID-19.

The president’s constant bombast and buffoonery have not given western leaders any reason to regard him and his team as reliable, mature partners. However, because the U.S. remains formidable economically and militarily, they must still bleat occasional, meaningless diplomatic flatteries to the White House.

But all is not yet lost. Rather than just moan about how bad Trump is, which seems to be the default position of most Canadians, a coalition of like-minded western nations has been coalescing to confront China diplomatically and while talk is growing that it is imperative to find ways to lessen their economic dependence on the Communist dictatorship. The intent is to fill the huge global leadership gap left by Trump’s caprices and farcical ideas while avoiding getting caught in the heavy diplomatic crossfire that has begun between China and the U.S. The leaders of this informal partnership are Europe’s big three — Germany, France and Britain — as well as Australia and possibly Japan.

Admittedly, the EU’s own record on China is a bit sketchy since, at Beijing’s behest, it watered down a report last month about Beijing’s coronavirus disinformation campaign. But without consulting with the White House, Germany’s Angela Merkel, France’s Emmanuel Macron, Britain’s Boris Johnson and Australia’s Scott Morrison have spoken out strongly this month about the need to uncover the dramatic history of this virus.

Canada is the only major western country that is not part of this project. Trying as always to avoid antagonizing China — which is suffering a serious backlash for being silent for so long about the lethality of the coronavirus while using that time to buy up global stocks of medical protection gear — Justin Trudeau has said that when the time is right, Canada would support an investigation that “asks really tough questions of all countries involved,” not just China.

These words fit with Trudeau’s China strategy, which is all about trying not to single out China alone for criticism. But with zero movement for 17 months on the Two Michaels file and Canadians becoming concerned about their country’s dependence on China for crucial medical supplies and the frightful cost of the COVID-19 pandemic, the government is now assailed almost daily by a crescendo of demands by media commentators and Tory leadership contenders Peter MacKay and Erin O’Toole to take a much stronger stand. Could this be the first time in decades that a foreign policy issue is important enough to matter to voters?

Every country is hamstrung one way or another. The world is stuck with Trump, who believes that expressing fury about China and sending more warships and warplanes to the western Pacific is a good way to energize his political base for this fall’s presidential election. The EU’s own record on China is spotty. The EU has been undermined by Greece, which has sold China a controlling interest in one of the continent’s biggest ports, and by cash-strapped Italy, which struck a multibillion-dollar deal with Beijing last year to become the first G7 country to join its Belt and Road infrastructure project.

Like Loading...
You should also READ  Coronavirus: N.Y. sees signs of hope after worst week of COVID-19 deaths 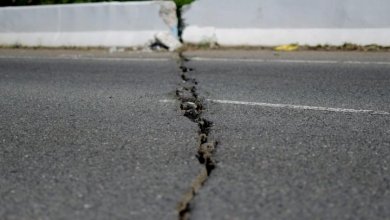 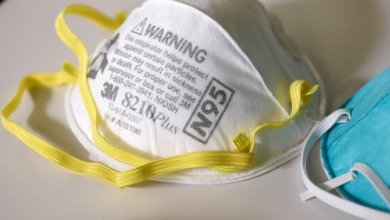 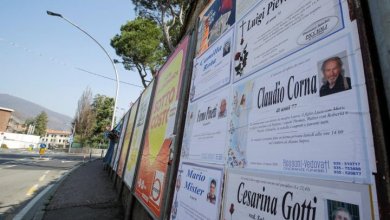