They were arraigned on the alleged crimes on a charge marked FHC/L/341c/2021, after the court dismissed their application challenging the competency of the charges.

The prosecutor, Mr. Henry Obiaze, told Justice Peter Lifu that the three men and the company committed the offences sometimes in 2019, at Opebi area of Lagos State.

According to the prosecutor, the defendants converted the sum of N107, 028 million derived directly from the criminal activities of stealing and theft within Integrated Intelligence Imaging West Africa Ltd with the aim of either concealing or disguising the illicit origin of the resources.

Obiaze particularly told the court that both Oluwole Tella and Babatunji Olaosun, and their company, Flinkteshnik Concept Limited sometimes in 2018, fraudulenty converted the sum N138 million, derived directly from theft within Integrated Intelligence Imaging West Africa Limited, with the aim of concealing the source of the money.

Obiaze also told the court that the offences committed by the three defendants contravened Sections 15(1)(b); 18(c) and 17(b) of the Money Laundering (Prohibition) Act, 2011.
The three defendants pleaded not guilty to the charges.

Following their plea, the prosecutor asked the court for a trial date and also urged the court to remand the in the custody of the Nigeria Correctional Services (NCoS) till the determination of the charges against them.
Responding to the prosecutor’s request, Mr. M. O. A Popoola and Mr. Emeka Opara (SAN), lawyers to the defendants, told the court that they have filed their clients’ bail applications and same have been served on the prosecutor.

Though, the prosecutor admitted to being served with the processes but said he needed time to file responses to them.

However, Justice Lifu, after citing plethoras of authorites which allows judges to use their discretion on bailable offences, admitted the three men to bail in the sum of N10 million with two sureties in like sum each, who must depose to affidavit of means.

Justice Lifu also ordered that one of the sureties must relate by blood to the defendants, while the other surety must be a Civil Servant of Grade Level 12 and above either in Lagos State of Federal Government establishment.

The judge while adjourning till June 10, 2022 for the defendants’ trial, ordered that both Leke Abajingin and Babatunde Olaosun be remanded in NCoS’ custody till the perfection of the bail terms.

The judge, however, released the first defendant, Oluwole Tella, on health ground but with on order that he must meet the bail conditions by next week Friday, after which he will be remand 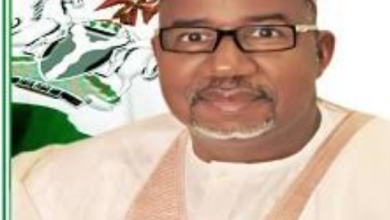 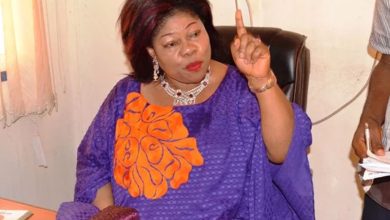 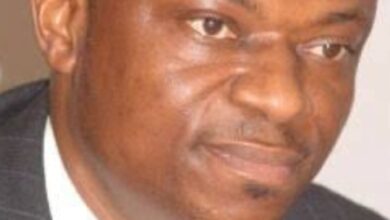