About eight months to the general elections, APC seems to be waltzing into another wave of crises that may hinder its electoral chances in many constituencies across the country. The arbitrary replacement of duly nominated candidates by officials at the National Headquarters of the party with those that did not even participate in the primaries is generating disillusionment within the party and creating legal loopholes that could be exploited by the opposition as in the case of Zamfara State.

In Yobe North Senatorial District, Bashir Machina who was duly nominated unopposed as the senatorial candidate has been replaced by Ahmed Lawan, the Senate President, who did not even participate in the primary. Lawan, we recall, was only interested in the presidential ticket of the party; and not the senate seat which he had occupied for three terms now. In Idah/Igalamela/Ibaji/Ofu federal constituency of Kogi State, the duly nominated candidate, David Zachariah, has been arbitrarily replaced by Mustapha Mona, who did not even participate the primary. In Akwa Ibom State, the replacement is largescale in scope. All the three senatorial Candidates that emerged from duly conducted and INEC-monitored primaries have been replaced by a new set that did not even participate in the monitored primaries. Among the new nominees is Senator Godswill Akpabio who had featured prominently in his party’s presidential nomination process. Along with Akpabio, Dr. Emaeyak Ukpong and Mr Martin Udo-Inyang have also been forwarded to INEC as senatorial nominees to replace persons earlier nominated in an INEC-monitored primaries. I understand that federal constituency nominees are also being replaced. In the case of Akpabio, a new primary was conducted, but INEC is insisting that it did not monitor it and the former minister ought not to be a candidate since he did not participate in the first one.

These are just a few of the constituencies where APC officials in Abuja have succumbed to pressures and financial inducements to replace duly nominated candidates, thus violating the 2022 Electoral Act. Just as the affected candidates are threatening court action to protect their mandates, I urge INEC to stamp its feet down and protect the sanctity of our electoral process. If we allow powerful men to keep trampling on the rights of the average citizens, especially in a manner that flagrantly subjugates the electoral process, we would be putting our democracy in a danger. We should not continue to behave as if Nigeria is the impunity capital of the world!

At the core of this abuse is the inability of Party officials to appreciate the difference between the 2010 Electoral Act and the new 2022 Electoral Act, especially in relations to substitution of names. By Section 33 of the 2022 Act, a political party cannot change or substitute a candidate unless by reason of death or voluntary withdrawal. Where a candidate has voluntarily and properly withdrawn his candidacy according to the law, the candidate is required to directly inform INEC in writing within 14 days and the Party must conduct a fresh primary to produce a new candidate. Only those who participated in the first primary would be allowed to participate in the rerun primary. This is different from the 2010 Act which allowed political parties to replace candidates if they had reasons to, even if the replaced candidates were not in support of his replacement.

The 2022 Act in Section 29(1) further provides that candidates to be submitted by political parties “MUST have emerged from valid primaries conducted by political parties.” Now here is where INEC derives its power(s). Section 84(13) of the 2022 Electoral Act states that… “Where a political party fails to comply with the provisions of this Act in the conduct of its primaries, its candidate for election shall not be included in the election for the particular position”. Compliance with the Act entails, among others, having INEC monitor all primaries.

So, it is clear that Ahmed Lawan cannot be a senatorial candidate in the 2023 election because he did not emerge from ‘’a valid primary’’. In fact, he did not emerge from any primary at all. The same applies for many other cases of replacements across the country, some of which I have listed above. I am therefore surprised that Lawan, a ranking senator who presided over the senate when this law was passed, is leading the onslaught against the law. Lawan ran for Presidency and failed. He now wants to contest for the Senate even though he did not participate in the senatorial primary. It is notable that Bashir Machina is threatening court action to protect his mandate.

Lawan is not alone. The problem exists in both APC and PDP. Governor David Umahi of Ebonyi, Gov. Aminu Tambuwal of Sokoto and Gov. Bala Mohammed of Bauchi are just a few examples of those who are caught up by Section 33 because they had initially participated in the presidential primaries of their parties and are now seeking to go to the Senate (in the case of Umahi and Tambuwal) and return to the State House as governor (in the case of Bala Mohammed).

It is also for this reason that Adams Oshiomhole refused to participate in the APC presidential primary despite his initial declaration. He foresaw the danger and today, he is a duly nominated senatorial candidate for Edo North District.

To save our democracy, INEC must live up to its name as an independent electoral umpire and reject any candidate that did not emerge through a legitimate process. Our Party would be thrown into another round of crises if we allow this impunity to stand.

Etim is an APC chieftain in Akwa Ibom State

Court strikes out suit against council elections in Lagos 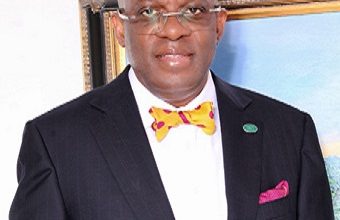 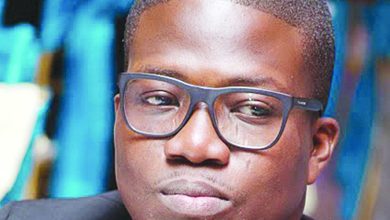 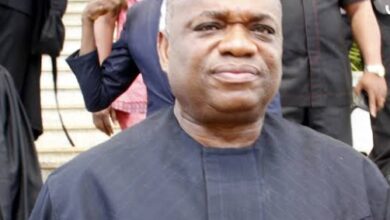