The tragic and unfortunate murder of a young lady in her school premises in Sokoto by her schoolmates last week has unexpectedly exposed a glaring leadership weakness among our teeming presidential aspirants. In a way, Nigerians have come to know the true character of those aspiring to lead them next year. Atiku Abubarkar shocked the nation by hurriedly deleting a tweet he had sent out condemning the Deborah Samuel’s killing. He quickly took down the post following harsh criticisms from his fellow Muslims who rebuked him for reprimanding the killers.

Atiku’s explanation was that the tweet was sent out by his media aide without his approval. ‘’I must approve all tweets before they are sent out’’, he later told the press in Yenogoa where he went for a campaign event. But as I write – four days after she was killed – Atiku has not said what his approved message is on the cold-blooded murder. Atiku has not shown an iota of compassion, empathy or care about a young life so cruelly taken because he is afraid of losing some votes or support among his Muslim supporters. In fact, I am overwhelmed with emotions to note that none of the PDP presidential aspirants has uttered a word to condemn the attacks and subsequent riots in Sokoto.

In APC, it is striking that only Vice President Yemi Osinbajo has spoken. Arriving Abuja airport from Uyo where he went to meet with delegates, the VP condemned the murder and re echoed the profound sympathies of President Muhammadu Buhari to the Sokoto State government and the family of Deborah Samuel, and called for justice for the victim. No other APC presidential aspirant has said a word on the incident – not even Alhaji Bola Ahmed Tinubu – who has been campaigning on the basis of his presumed benevolence. The Tinubu camp is not only staying aloof from the incident, I understand, they are making attempts to alter the narratives. I have just seen a video of TVC News broadcast (the TV network is owned by Tinubu) stating that the riot in the college was caused by the ongoing ASUU strike!

By staying aloof and declining to condemn the murder of Deborah, these politicians have displayed sheer lack of kindness, consideration and concern for the weak and the vulnerable in our midst. They lack the courage to stand up for truth and condemn the dastardly act, even though Muslim clerics and scholars have come out to state that Islam does not authorize lynching, no matter the provocation.

For an offence of blasphemy, the suspect would have to be arrested, put on trial and be convicted before appropriate punishment is apportioned. This did not happen. Miss Deborah Samuel was lynched by a rampaging mob made up of her school mates and classmates and her corpse set on fire. The video is too disturbing. Yet, none of the leading presidential aspirants, apart from Yemi Osinbajo, cared enough to show sympathy.

True leaders are known in moments of national grief and disaster. An honest and courageous leader does not care if his act of sympathy is not very popular among some of his bases. He is driven by compassion, kindness and empathy. He stands for truth and is ever willing to condemn what is wrong, no matter who are involved.

I thank the Sultan of Sokoto for his leadership in this time of crisis. By quickly condemning the barbaric act and calling for the arrest of the criminals, His Majesty showed that he is indeed a spiritual father of high repute. I thank Gov. Aminu Tambuwal for acting expeditiously to contain the mayhem. The suspects must face justice. I salute our law enforcement agencies for their quick intervention.

I condemn in very strong terms the aloofness and coldness of Alhaji Atiku Abubarkar; Alhaji Bola Ahmed Tinubu; Alhaji Abubarkar Saraki and all other presidential aspirants who have failed, for selfish political reasons, to identify with the nation and the grieving family of Miss Deborah Samuel. 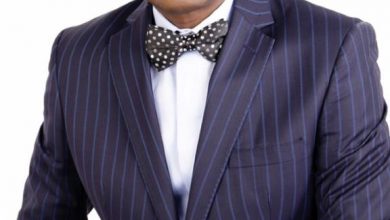 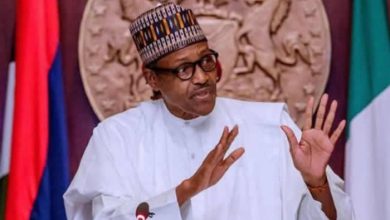 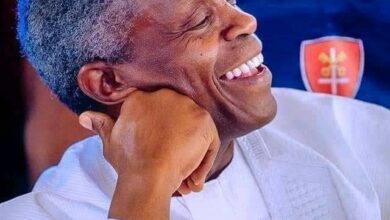