A German Shepherd is being hailed a hero after treading water for 11 hours to save her owner’s life.

A fisherman’s dog, Heidi, was spotted in Moreton Bay, Australia, floating next to a tackle box, a wet suit and other items from a boat that had capsized on Thursday morning around 6 a.m., according to the Queensland Police.

Emergency responders quickly collected the tired pup along with the equipment and brought them back to Manly Boat Harbour. Not long after, a full search was launched by Brisbane Water Police to search for Heidi’s missing owner.

A helicopter, four police vessels, a jet ski and volunteer Marine Coast Guard and Marine Rescue were sent out to find him.

Finally, at around 10:25 a.m., the 63-year-old skipper was found clinging to his sunken boat in the bay. He said his boat lost power and began to sink the evening prior.

He and his dog, as well as the rest of his equipment, were separated at some point. Heidi had been treading water for those 11 hours at sea before they were both rescued.

Both the dog and her unnamed owner were unharmed, and Heidi was even made an honourary police dog for the day.

“We would take this opportunity to remind boaties to plan for the worst when they’re out on the water,” Senior Sgt. Bairstow said in the press release.

“Always wear a personal flotation device and ensure that your safety equipment, including EPIRBs, are tested and in good order.

“Thankfully there was a happy ending to this search.”

The incredible story captured hearts on Instagram after the Queensland Police Service shared a heartwarming photo of Heidi’s owner embracing her furry head.

“What a beautiful moment,” one Facebook user wrote. “You can see the love between these two and it’s lovely.” 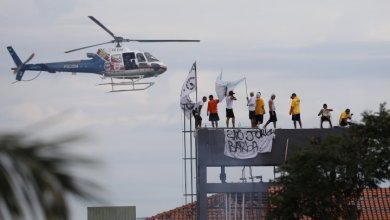 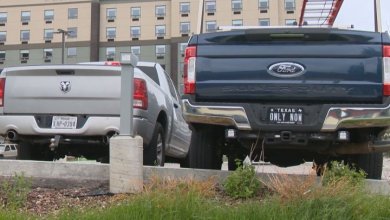 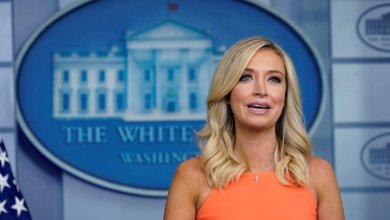