The sobbing started after she spotted the zip-ties.

“What are those for?” Kaia Rolle, 6, asked the two police officers standing over her in the teacher’s office in Orlando, Fla.

“Come over here, honey. It’s not going to hurt,” a second officer told the girl.

“Don’t! I don’t want handcuffs on!” Rolle sobbed. “Give me a second chance!”

The Orlando Police Department has denounced harrowing footage of two officers arresting six-year-old Rolle at a charter school in Florida last September, amid backlash over the incident. The department said Tuesday that it has wiped the girl’s arrest record and effectively fired Turner, the reserve officer who can be heard boasting about his “youngest” arrest in his body-cam video.

“As a grandfather myself, I understand how traumatic this incident was for the children and everyone involved,” Orlando police Chief Orlando Rolon said in a statement on Tuesday. “One of my top priorities is the trust between the community and officers. Because of this incident … that trust was put into question.”

Rolle was apprehended on Sept. 19, 2019, after police were called to the Lucious and Emma Nixon Academy charter school in Orlando. Officers arrested the six-year-old for battery after she allegedly lashed out at multiple staff members, local station WPTV reports.

The school says the incident began that morning after Rolle started “kicking and screaming” when staff wouldn’t let her wear her sunglasses.

“Kaia became aggressive, hitting me with her hands in the chest and stomach area,” the assistant principal said in a statement obtained by CNN. “I restrained her by holding her forearms.”

It’s unclear when the school resource officer stepped in or who called police, but Rolle appears to be sitting calmly when officers arrive, the video shows.

Like Loading...
You should also READ  Inmates take guards hostage at prison in coronavirus-hit Brazilian city of Manaus 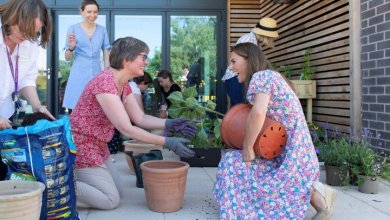 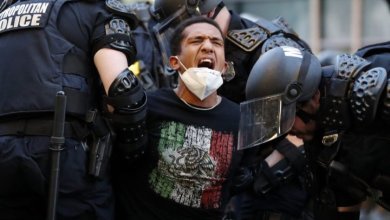