The head of the Arab League warned a high-level U.N. meeting Wednesday that Israel’s annexation of parts of the West Bank would inflame tensions and endanger peace in the Middle East, and could ignite “a religious war in and beyond our region.”

Ahmed Aboul Gheit, secretary-general of the 22-member organization, said annexation will also have “broader ramifications on the international security around the world.”

“If implemented, Israeli annexation plans would not only be detrimental to the chances of peace today but will destroy any prospects for peace in the future,” he told the Security Council. “Palestinians will lose faith in a negotiated solution, I’m afraid Arabs too will lose interest in regional peace. A new dark reality will set in vis a vis this conflict and in the region at large.”

The council meeting came days ahead of the July 1 date that Israeli Prime Minister Benjamin Netanyahu’s coalition deal allows an annexation plan to be presented.

Israel captured the West Bank from Jordan in the 1967 Mideast war and has built dozens of settlements that are now home to nearly 500,000 Israelis, but it never formally claimed it as an Israeli territory due to stiff international opposition.

Israel’s U.N. Ambassador Danny Danon told the council that “should Israel decide to extend its sovereignty, it would be doing so with respect to areas over which it has always maintained a legitimate historical and legal claim.”

U.N. Secretary-General Antonio Guterres opened the meeting with a call on Israel to abandon its annexation plans, an appeal echoed by almost all other speakers including half a dozen ministers and deputy ministers.

The U.N. chief said annexation “would constitute a most serious violation of international law, grievously harm the prospect of a two-state solution and undercut the possibilities of a renewal of negotiations.”

Guterres urged the United States, the European Union and Russia to swiftly take up their mediation role along with the United Nations as part of the so-called Quartet “and find a mutually agreeable framework for the parties to re-engage, without preconditions, with us and other key states.”

He also urged Israeli and Palestinian leaders “to commit to meaningful dialogue, with the support of the international community.” And he encouraged regional and international supporters of a two-state solution to help bring the parties back to a “path towards a negotiated, peaceful settlement.”

EU foreign policy chief Josep Borrell backed Quartet action in a letter to the Security Council obtained by AP that also said “unilateral annexation would inevitably have legal consequences for the international community’s relations with Israel.” A joint statement by six current and incoming European members of the Security Council said “annexation would have consequences for our close relationship with Israel and would not be recognized by us.”

Like Loading...
You should also READ  Tourist spots, beaches already teeming after coronavirus lockdowns eased around the world 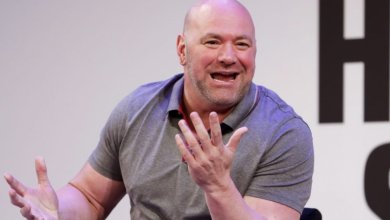 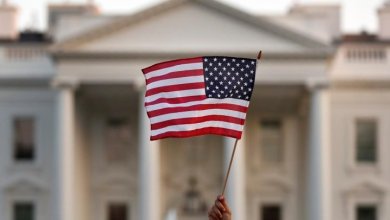