Lebanon’s top security officials vowed Monday to crack down on vandalism after a week of rioting in Beirut that left hundreds of people injured and damaged public and private property — violence that comes against the backdrop of a deepening political deadlock.

The announcement followed a meeting that included President Michel Aoun, as well as the interior and defence ministers, at the presidential palace. The officials called for more co-ordination among the Lebanese security agencies to better deal with the unrest.

Lebanon has been roiled by three months of largely peaceful anti-government protests that over the past week turned into acts of vandalism in parts of Beirut.

Protesters first took to the streets in mid-October in a mass uprising against the country’s ruling elite, which they blame for decades of corruption and mismanagement that have brought Lebanon to the brink of economic collapse. The country has since sunk deeper into a political crisis. Prime Minister-designate Hassan Diab has not been able to form a Cabinet over political bickering, a month after his nomination.

The outgoing premier, Saad Hariri tweeted Monday that Lebanon needs a new government as soon as possible to help stop the economic and security deterioration “that are increasing by the day.” He added that a caretaker government is not the solution and there should be new leadership that takes over full responsibility.

Government officials said they would take measures to protect peaceful protesters and prevent attacks on public or private property, the statement issued after Saturday’s meeting at the presidential palace said. It added that they would also move to “deter groups that are carrying acts of sabotage,” without elaborating further.

Saturday witnessed the worst rioting since the protests began, with nearly 400 people injured, including around 120 who were treated in hospital. On Sunday, more than a 100 people were injured in downtown Beirut.

The protesters targeted mostly banks that have imposed informal capital controls, limiting the withdrawal of dollars and foreign transfers.

French Foreign Ministry spokeswoman Agnes Von Der Muhll said France is worried about the violence in Lebanon in recent days and that the “urgent thing is for a new government to implement a credible package of reforms” to tackle the three-month-old crisis.

Security forces detained an American freelance journalist on Sunday night, on suspicion of broadcasting live footage to an Israeli newspaper. Lebanon and Israel are at a state of war and ban their citizens from visiting or contacting the other country.

In a statement released overnight, Lebanon’s State Security department said the U.S. citizen was at the scene of the protest near the parliament building, a location from which someone was broadcasting live to the Israeli paper. State Prosecutor Ghassan Oueidat referred the journalist to Military Intelligence for questioning and investigation, the department said.

The area outside Parliament was packed with journalists, many of them correspondents for international news agencies. International coverage of the three-month old protests in Lebanon has picked up in the past two days as the violence worsened. 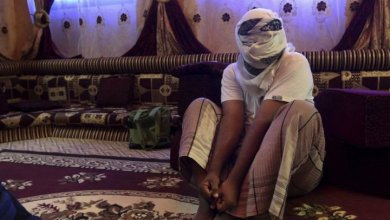 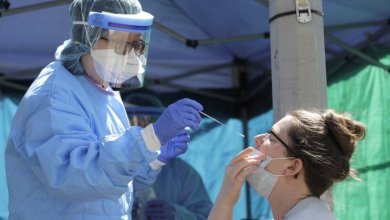 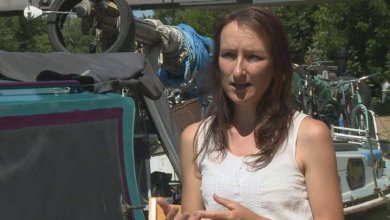 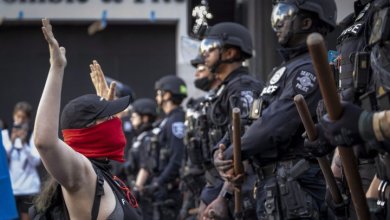