The leader of the proscribed Indigenous People of Biafra, IPOB, Nnamdi Kanu who was arrested by the Federal Government and was Tuesday arraigned before Justice Binta Nyako of the Federal High Court in Abuja.

Earlier at a press briefing in his office in Abuja, the Attorney-General of the Federation and Minister of Justice, Abubakar Malami (SAN) disclosed to Journalists that the IPOB leader was rearrested through joint efforts between the Nigerian and UK authorities.

The AGF revealed that Kanu was arrested and brought back to Nigeria on Sunday with an International passport number A05136827 issued on the 17th October, 2013 at Festac in Lagos.

The AGF was quoted as describing Kanu as “Fugitive Nnamdi Kanu is back to Nigeria to face his trial.

At the ten (10) minute briefings were the Inspector General of Police, Usman Alkali Baba, the Police (PPRO), Frank Mba and the Spokesperson of the Department of States Services (DSS) Peter Afunaya.

Kanu, The Gavel reports was accused by the Federal Government of instigating violence especially in the Southeastern Nigeria that resulted in the loss of lives and property of civilians, military, para military, police forces and destruction of civil institutions and symbols of authorities.

Recall that Kanu was arrested in 2015 and charged to court on 11 counts bordering on treasonable felony. He was subsequently granted bail.

But in March 2019, the Court revoked his bail when he had left the country.

While reeling out the statement, the AGF said, “The Self-acclaimed leader of the proscribed secessionist Indigenous People of Biafra (IPOB), Nnamdi Kanu, has been arrested through the collaborative efforts of Nigerian intelligence and security services.

“He has been brought back to Nigeria in order to continue facing trial after disappearing while on bail regarding eleven (11) count charges against him.

“Recent steps taken by the Federal Government saw to the interception of the fugitive Kanu on Sunday the 27th day of June, 2021.

“It is recalled that Kanu was arrested on 14th October, 2015 on 11 count charge bordering on terrorism, treasonable felony, managing an unlawful society, publication of defamatory matter, illegal possession of firearms and improper importation of goods, among others.

Meanwhile, as the briefing was still ongoing, Kanu had already been sneaked into the court premises by the operatives of the Department of State Service (DSS) same day to continue his trial.

Decked in brown and black tainted wear, the Leader of the Indigenous People of Biafra (IPOB) Kanu, who was brought to the court at about 1:40 pm amidst tight security, was shielded away from the prying eyes of Journalists and cameramen.

Apart from stationing policemen and DSS operatives within and at all the entrances to the court, the door to Justice Nyako court was also under lock as the hearing in the matter was ongoing.

At the court session, Labaran asked the court for an order detaining the arrested IPOB leader at the DSS facility pending the hearing and determination of the matter.

However, immediately after the ruling by the judge, Kanu, who expressed his desire to talk, told the court that he decided to go underground because his house was raided but he was able to escape.

Kanu said if he had not escaped, he might have been killed like other members of the group.

The judge, who advised him not to feel discomfiture to stand his trial, urged him to get across to his lawyer for the trial.

Our correspondent learnt that while the arraignment lasted, the federal government applied for his detention before the court and it was granted.

After the court session, it became herculean for Journalists and their cameramen to snap Kanu’s picture as every attempt was thwarted by the overzealous security operatives who cordoned off some part of the court premises.

Afterward, our Correspondent sighted Kanu covered with a black hood and was then sneaked away by the security operatives through a small gate by the side of the court linking the Justice Ministry.

In the meantime, Justice Nyako has adjourned the matter till the 26th of July for continuation of Kanu’s trial.

The court then ordered that Kanu, be remanded in the Department of State Service (DSS) facility, pending the determination of his trial.

There were fully armed DSS operatives and police within and outside the premises while the trial was going on.

Also, at the adjoining roads that led to the court premises, there were four (4) police patrol vehicle strategically positioned to forestall any security breaches.

His trial: A tie-back

Before he was reported missing in 2017, Kanu this medium recalled spent about 18 months in prison before he was granted bail by an Abuja High Court.

The court then slated October 2017 for his trial on charges of treason against the Nigerian State, attack on state security etc.

Even though the armyback then publicly stated that he was not in their custody, a relative alleged that Nnamdi Kanu was held in secret by the military ever since they attacked his family house in Umuahia on September 14.

In the same vein, His lawyer, Ifeanyi Ejiofor, equally stated that it is only the army that can tell the whereabouts of his missing client.

The government thereafter made a move and obtains a court order declaring IPOB a terrorist organization and also cut sources of funding of the group, a position his lawyer has since challenged. 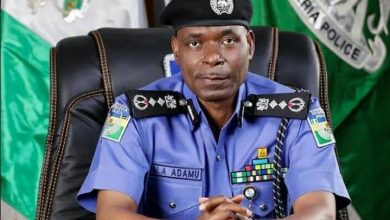 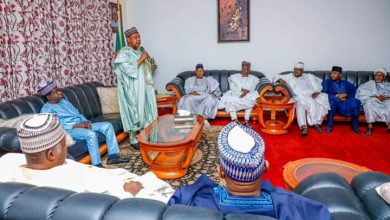 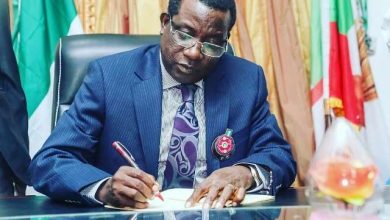