The Standards Organisation of Nigeria (SON) says its online application portal for the operation of the offshore Conformity Assessment Programme (SONCAP) is in good shape.

Mr Bola Fashina, Head, Public Relations of SON, said this in a statement issued on Wednesday in Lagos, while reacting to the allegations by some importers that the portal had collapsed.

He said that the application portal was for the processing of its regulated imports into Nigeria.

According to him, the upgraded SONCAP portal offers a one-stop shop that provides clients with opportunity to apply, track application, send messages to SON and receive responses as well as upload evidence of payments seamlessly.

He said that it was the profile of the work done and documents used for application that were available on Clients’ dashboard, while also eliminating Tax Identification Number (TIN) error and mistakes in company name.

Fashina said that a recent challenge in transmitting approved and activated SONCAP certificates to the national trade portal was not peculiar to SON, but all other trade-related agencies from Jan. 22.

He said the issue had since been rectified on the national trade portal and all pending SONCAP certificates had been transmitted to the Nigerian Integrated Customs Information System (NICIS) portal, as at Feb. 1.

On the claim that imports were accumulating demurrage as a result of the gap, Fashina explained that the SONCAP was a pre-shipment process.

He said that only non-compliant importers who apply for the certificates after the arrival of their consignments were the ones affected by the development.

Fashina alleged that some importers who brought in about 182 containers into the country without following the pre-shipment conformity assessment process were those trying to circumvent established procedure and crying wolf.

According to him, such consignments will naturally be subjected to scrutiny and seized if found to be substandard, while those behind them would face prosecution.

He advised importers to follow the import procedures strictly by ensuring that they process their products and SONCAP certificates offshore, rather than looking for short cuts after the consignments had arrived Nigeria. (NAN) 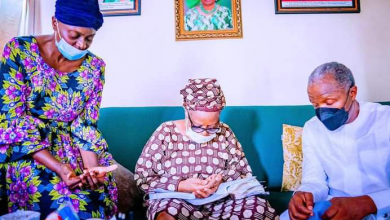 “Mohammed Fawehinmi was an advocate of the poor”- Osinbajo 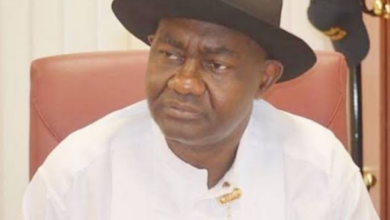