The nation’s top military officer, Gen. Mark Milley, spoke privately with congressional leaders and many other lawmakers as Pentagon officials came under fire for the military’s role in containing protests following the police killing of George Floyd.

House Speaker Nancy Pelosi, D-Calif., called Milley, chairman of the Joint Chiefs of Staff, to express her concerns on Tuesday, according to two people who were not authorized to publicly discuss the private conversations and were granted anonymity. That was the day after authorities cleared protesters near the White House so President Donald Trump could hold a photo opportunity at a nearby church. Milley and Defence Secretary Mark Esper were sharply criticized for accompanying Trump and thereby giving the impression of endorsing a politicization of the military.

Milley also reached out Tuesday to Senate Democratic leader Chuck Schumer of New York, said another person granted anonymity to discuss the situation. A third official said Milley had spoke with perhaps 20 or more members of Congress in the days following Monday’s photo op and Trump’s implicit threat to invoke the Insurrection Act to permit him to use federal troops in a law enforcement role in the nation’s capital and in other cities.

The outreach comes as Milley and Defence Secretary Mark Esper have tried to contain damage in the aftermath of Monday’s walk with Trump. Federal authorities used smoke canisters and pepper balls to clear peaceful protesters from a park so the president and his entourage could walk to the church and Trump could pose with a Bible.

Late Friday, Esper and Milley declined a request from Democrats to appear before the House Armed Services Committee next week.

“This is unacceptable,” Rep. Adam Smith, D-Wash., the committee chairman, said in a statement Friday, joined by the panel’s 30 Democrats.

“Our military leaders are sworn to be accountable to the people of this country, and Congress is constitutionally responsible for oversight,” the Democrats wrote. “They must appear and testify on these crucial matters in order to meet that responsibility.”

An informal briefing Friday with the secretary of the Army was also cancelled, according to a congressional aide who spoke on condition of anonymity to discuss a matter that had not been publicly disclosed.

The White House has prohibited officials from the administration from testifying before the House unless they have cleared any appearances with the White House chief of staff.

The protests in Washington were among those nationwide following the death of Floyd, a black man who died when a white police officer pressed his knee into his neck for several minutes.

In the call with Milley, Pelosi raised a number of issues that were spelled out in a subsequent letter to Trump seeking an accounting of “increased militarization” in response to the protests.

Schumer on Tuesday warned Milley and Esper, in a speech on the Senate floor, not to allow the U.S. military to engage in “ugly stunts” like the event the night before outside the White House. 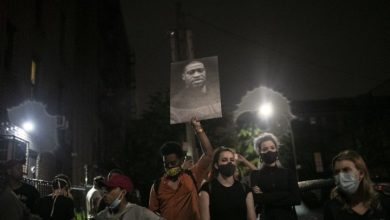 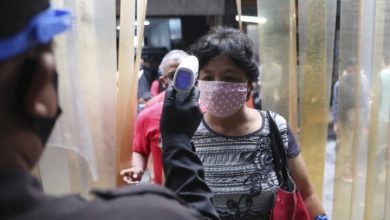 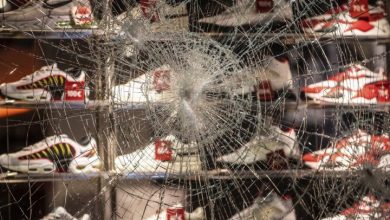 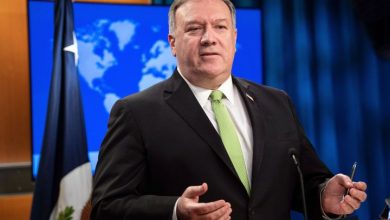