Democrats serving as prosecutors in U.S. President Donald Trump‘s impeachment trial will make their case that he improperly interfered in Congress’ probe of his dealings with Ukraine in their final day of arguments on Friday.

Democratic managers from the House of Representatives will try to convince both the Republican-controlled Senate, which will determine if Trump finishes his term, and the American public, which will decide in November if he gets a second one, that he improperly withheld key witnesses and documents.

In the third presidential impeachment trial in U.S. history, Trump, a Republican, is accused of attempting to coerce Ukraine’s government into digging up dirt on former Vice President Joe Biden, a top contender for the 2020 Democratic presidential nomination.

The U.S. Constitution sets out the impeachment process for removing a president who commits “high crimes and misdemeanors.” Trump has denied wrongdoing, while Republican allies of the president have argued that his conduct does not rise to the level of an impeachable offense.

Once Democrats conclude their opening arguments, the president’s legal team will have up to 24 hours over three days to mount a defense. Senate Republicans are expected to acquit Trump. A two-thirds vote of the chamber is required to eject him from office.

Trump on Friday retweeted dozens of supporters who repeated his criticism of the proceedings as unfair and politically motivated. The Republican president, once a reality television personality, also complained his lawyers would have to begin arguments on Saturday, when, he said, nobody watches TV.

“Looks like my lawyers will be forced to start on Saturday, which is called Death Valley in T.V.,” Trump wrote on Twitter.

As the trial neared the end of its first week, there was little sign that Senate Republicans were being persuaded by the Democratic case.

Democrats spent Thursday meticulously detailing their allegations that Trump only grew interested in corruption in Ukraine when it appeared that Biden could become a serious political threat.

“If we allow this gross abuse of power to continue, this president would have free rein – free rein – to abuse his control of U.S. foreign policy for personal interest, and so would any other future president,” House manager Sylvia Garcia said late in Thursday’s arguments. “And then this president, and all presidents, become above the law.”

In a July 25 phone call, Trump pressed Ukrainian President Volodymyr Zelenskiy to investigate Biden and his son Hunter, who served on the board of Ukrainian energy company Burisma. Trump temporarily withheld $391 million in U.S. military aid to Ukraine, which Democrats say was leverage for his demands.

In doing so, Trump abused the power of his office, Democrats say. 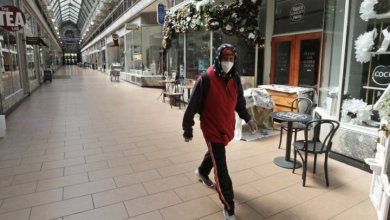 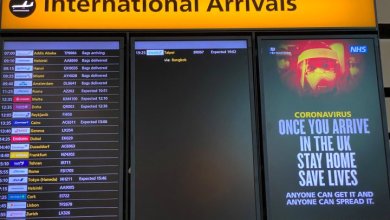 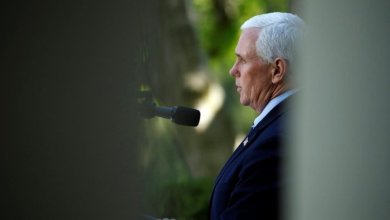 Mike Pence not in quarantine after aide tests positive for coronavirus 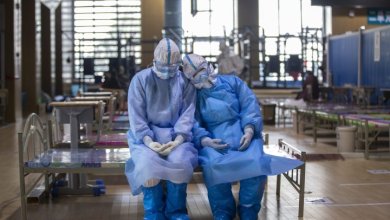