WASHINGTON — It was just four years ago that a political committee supporting one of Donald Trump‘s Republican rivals unveiled an ad slamming his views on abortion, complete with footage from a 1999 interview in which he declared, “I am pro-choice in every respect.”

Now, as he heads into the 2020 election, Trump will become the first sitting president to address the March for Life, taking the stage Friday at the annual anti-abortion gathering that is one of the movement’s highest profile and most symbolic events.

It is Trump’s latest nod to the white evangelical voters who have proven to be among his most loyal backers. And it makes clear that, as he tries to stitch together a winning coalition for reelection, Trump is counting on the support of his base of conservative activists to help bring him across the finish line.

“I think it’s a brilliant move,” said Ralph Reed, chair of the Faith and Freedom Coalition and one of Trump’s most prominent evangelical supporters. Reed said the president’s appearance would “energize and remind pro-life voters what a great friend this president and administration has been.”

It also shows how much times have changed.

Past presidents who opposed abortion, including Ronald Reagan and George W. Bush, steered clear of personally attending the march to avoid being too closely associated with demonstrators eager to outlaw the procedure. They sent remarks for others to deliver, spoke via telephone hookup or invited organizers to visit the White House.

Over the last 10 years, however, the Republican Party has undergone a “revolution,” displaying a new willingness to “embrace the issue as not only being morally right but politically smart,” said Mallory Quigley, a spokeswoman for the Susan B. Anthony List and Women Speak Out PAC. The group is planning to spend $52 million this cycle to help elect candidates opposed to abortion rights. Its president, Marjorie Dannenfelser, will serve as national co-chair of a new campaign coalition, “Pro-life Voices for Trump.”

According to Pew Research Center polling in 2019, roughly 6 in 10 Americans said abortion should be legal in all or most cases. Over time, though, both the Republican and Democratic parties have taken harder-line positions for and against abortion rights.

“There used to be a middle in this country and candidates would not want to alienate the middle,” said Ari Fleischer, who served as White House press secretary under President George W. Bush. “And it just seems that that is over and that both parties play to their bases to get maximum turnout from their base.”

In addition, Flesicher said, Trump is far less tethered to tradition than past presidents and “happy to go where his predecessors haven’t.”

During his first three years in office, Trump has embraced socially conservative policies, particularly on the issue of abortion. He’s appointing judges who oppose abortion, cutting taxpayer funding for abortion services and painting Democrats who support abortion rights as extreme in their views.

Like Loading...
You should also READ  COMMENTARY: Japan caught in the grip of a virus delivered by sea and air 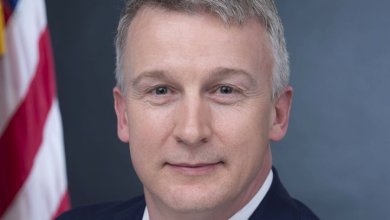 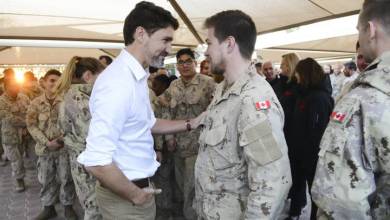 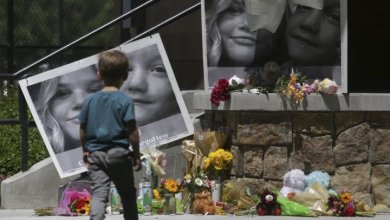