The immediate past 2nd Vice President of the Nigerian Bar Association(NBA) Mr Monday Onyekachi Ubani has condemned in an unequivocal manner the pronouncment in a national television by Governor Dave Umahi, of Ebonyi State that those who fail to cover their faces and noses while in public place should be flogged, no matter their personality.

He dubbed such pronouncment as not only illegal but barbaric and a clear threat of violation of the rights of the Nigerian citizens in that part of the country.

Mr Ubani further deprecate not only the Ebonyi State governor’s utterances on the facemask issue, but that of the governors of Anambra, Cross Rivers States that have criminalised the non wearing of facemasks as criminal offence without any state assembly’s legislation.

He advised them on the proper measures to take rather than making a caricature of criminal jurisprudence in Nigeria.

He pointed out to them that our constitution makes it illegal for any one in the country to be tried and convicted over an unwritten and non existing criminal offences. Section 36(12) of 1999 constitution as Amended forbids it and a case of Aoko vs Fagbemi gave a judicial imprimatur to that time honoured legislation.

To him it is a heresy as some are suggesting that the governors can bring such laws into existence through executive orders. “It will be an absurdity taken to the highest pinnacle to permit the executives that executes laws made by the legislature to begin to enact laws and creates offences in the state as being canvassed by some persons who ought to know. It is a criminal breach of the separation of powers as enshrined in our grundnorm – the constitution to suggest and approve that in our land”.

He argued that much as we agree that the times we are, are not normal and require every hand on deck to stem the tide of the spread of the dangerous virus, we must not allow the birth and delivery of monarchs in Nigeria as governors who will never know when to stop even after we have successfully curtailed this virus. “We also know that power corrupts and when absolute, corrupts absolutely”.

He informed the governors that it is a known fact that over ninety percent of the State governors have failed their people woefully at this critical time to provide the necessary palliatives to cushion the biting effect of hardship occasioned by the lockdown that has become their lot due to the coronavirus pandemic. It becomes a double and tragic jeopardy for the same government that have failed in their responsibility towards their people to inflict more pain and hardship by prescribing verbal punishment for not wearing facemasks that ordinarily should be provided free of charge to the citizens.

“The local production of these facemasks are grossly inadequate and when seen very costly, while the imported ones are well beyond the reach of the majority poor in the country who are grappling with putting food on their table at this terrible time. To impose unwritten criminal liability on these hapless citizens is not only inhumane but sheer show of wickedness in high places”, he warned.

He advised the index governors to drop the absurd idea of criminalizing the offence of not wearing facemasks but asked them to first and foremost provide those facemasks free to the citizens and engage in aggressive advocacy for due compliance rather than the current intimidation and threats of punishment that are being pronounced here and there by the State governors.

He further advised States like Lagos and others that want to make the wearing of the facemasks compulsory very soon to first and foremost provide the item in large quantities free to the citizens, and if necessary enact a legislation that makes it a criminal offence for non compliance. He advised them not to provoke Nigerians further at this hard time when everyone is on the edge because of the double fear of the virus and pervasive hunger in the land. 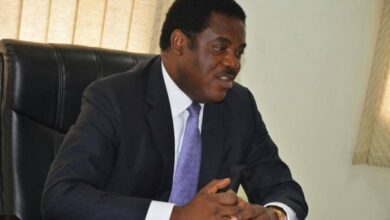 The Nigerian state and the call for restructuring 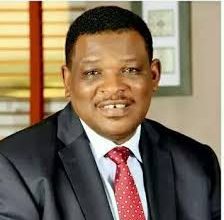 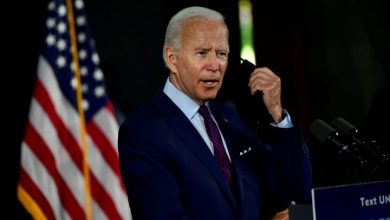