The United Kingdom has offered to assist Nigeria in retrieving the Ife Bronze Head, an antiquity stolen at National museum, Jos in 1987 and found with a Belgian collector in London, about thirty years after.

The British Minister for Arts, Heritage and Tourism, Helen Whately, NP made the pledge on Thursday in London when the Minister of Information and Culture, Alhaji Lai Mohammed paid her a visit in her office.

The News Agency of Nigeria (NAN)  reports Mohammed is in London to engage with international media and think tank and as well seek diplomatic way to resolve the issue of the stolen cultural object.

Speaking after a  closed door meeting with his counterpart, Mohammed said they resolved to explore amicable resolution to the matter to avoid possible collateral damages among Nigeria, United Kingdom and Belgium.

“The three countries are before a mediation panel – Intergovernmental Committee for Promoting the Return of Cultural Property to the Countries of Origin or Restitution in Case of Illicit Appropriation (ICPRCP)-.

“However, we think it is a matter that should be resolved working within the provision of the UNESCO Convention.
“It was, therefore, a cordial meeting and we are very hopeful that the UK will cooperate with us,” he said.

Mohammed explained that the matter dated back to 1987, specifically, on Jan 14, when the National museum in Jos was bugled  and several valuable object of arts and artifacts were stolen.

“Following the report, the object was, in accordance with the 1970 UNESCO Convention, promptly put on the red list, which means it cannot be traded, exchanged or bought.

“The antiquity surfaced almost 30 years later in the UK when a  Belgian vendor came to ask for it to be evaluated .

“When this item surfaced in the UK, the auction house notified the UK Metropolitan Police who in turn notified, UNESCO and our Permanent Representative in the commission.

“Since then we have been pursuing the return of this artifact to Nigeria,” he said.

Mohammed said that Nigeria did not receive the cooperation of the Belgium Government in the retrieval of the object.

He said the Belgian authority claimed that they were not a party to the UNESCO Convention at the time the item was bought by their citizen.

The minister said that the Belgian collector was also hiding under the provision of being a buyer in good faith and therefore asking for compensation.
“As a matter of fact, he is asking for 5 million Euro for an object that he said he purchased for 240 Euro.“Our position is that he is not a buyer in good faith and he is not just an ordinary buyer but a collector with a very impressive collections bigger than most museum.

“We believed that he ought to have made necessary enquiry from UNESCO,  IFAR, and even from the source country before buying the object,” he said.

Mohammed said they were impressed with the cooperation received so far from the UK Metropolitan Police since the matter started.

“Our position here is that UK, which is also bound by the UNESCO Convention like Nigeria, and should return the object to us.

“They are covered by Article 7 of the UNESCO Convention which says that when such an object surfaces in a country which is a member of the convention, diplomatic channels shall be explored to return the object to the country of source,” he said.

The minister said that based on precedence on stolen artifacts in Yemen and Tanzania which were returned to both counties of source, Nigeria is encouraged and has a good case.

Earlier, Mohammed had met with the Nigeria High Commissioner to the UK, retired Justice George Oguntade, and briefed him on the case.

Oguntade assured that the Commission would used its cordial diplomatic relations with the UK to ensure the repatriation of the cultural object.

NAN reports that the minister was accompanied by  Mr Babatunde Adebiyi, the Legal Adviser to the National Commission for Museums and Monuments. (NAN) 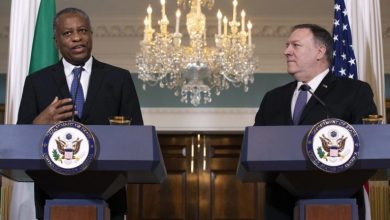 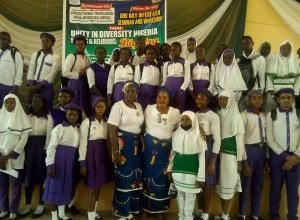 Onaiyekan Foundation urges students to stay away from religious bigotry 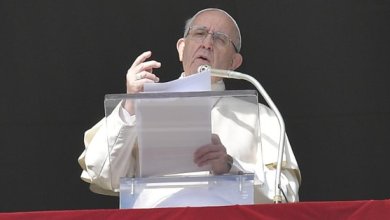 Will married men be allowed into priesthood? – Pope decides Wednesday 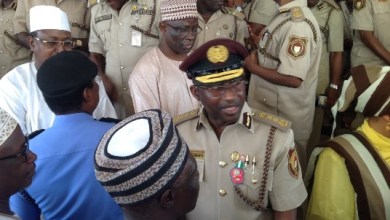