Governor Ayade had forwarded the names of Honourable Justices Ikpeme and Eneji to the National Judicial Council, for recommendation for appointment as the substantive Chief Judge of the State, with Ikpeme as the preferred candidate and Eneji as the reserved candidate, ostensibly based on seniority. The NJC in December, 2019, interviewed both candidates, whereupon it found worthy and recommended Ikpeme as the substantive Chief Judge, being the most senior judicial officer and she had no negative report whatsoever. Then commenced the various schemes and spins, targeted mainly at denying Ikpeme J., the substantive position, purely on the grounds of gender and her state of origin. It was then suddenly realized that she is from Akwa Ibom State, thereby putting her loyalty to Cross-River State in doubt. But all that has ended now, partly due to the role played by the Nigerian Bar Association, led by its dynamic President, Mr. Olumide Akpata.

My Lord Honourable Justice Akon Ikpeme started her career in Calabar and later got married to a Cross-Riverian. At the creation of Akwa-Ibom State, members of staff of the judicial arm were given the option to move to the new (Akwa-Ibom) State or remain in the old (Cross-River) State. Ikpeme continued to discharge her duties as a judge in Cross-River State, handled several cases and delivered judgments thereon, without any dent on her judicial career, till she rose to become the most senior judge in the State. The former Chief Judge therefore had no difficulty in recommending her for appointment as the Chief Judge. Then the executive arm of government under Governor Ayade began to put obstacles in her way, first with the composition of the State Judicial Service Commission and thereafter the manipulation of the State House of Assembly. On March 2, 2020, the Cross-River State House of Assembly had a stormy and rowdy session, in debating the issue of approval of the substantive chief judge. Through voice vote, they claimed to have rejected Ikpeme’s candidature due mainly to ethnicity. It was the first time in the history of Cross-River State that the most senior judge would be denied appointment as the substantive Chief Judge.

Now, section 271 (1) of the Constitution of the Federal Republic of Nigeria, 1999 (as amended) provides that ‘the appointment of a person to the office of the Chief Judge of a State shall be made by the Governor of the State on the recommendation of the National Judicial Council subject to confirmation of the appointment by the House of Assembly of the State’. The simple interpretation of this section involves some processes, but surely the most fundamental of them all is that the appointment of the Chief Judge is the responsibility of the governor. That process is commenced by the State Judicial Service Commission, which will interview and recommend candidates to the governor for appointment and the governor will in turn send the name of his nominee to the National Judicial Council. If he sends two names to the NJC and both are recommended as suitable, as was done in this case, he has to take a decision first, before activating the process of confirmation by the State House of Assembly.

The case of Ikpeme J, has brought to light the inadequacies of the 1999 Constitution, which many are taking advantage of to perpetuate lawlessness and impunity. The legislative houses of the States are all under the control and manipulation of the governors, such that no meaningful debates or legislative activities go on in those hallowed chambers, except in a few States. By law, it was not yet time for Ikpeme J, to retire from the judicial service of Akwa Ibom State and by swearing in Eneji J, her junior, as the Acting Chief Judge at that it, it meant that Ikpeme J, would take directives from and be under the authority of Eneji J. Seniority is one of the most cherished traditions of the legal profession, both at the Bar and on the Bench. And this is why section 271 (4) of the Constitution was enacted to uphold this age-long tradition, by stating that ‘if the office of the Chief Judge of a State is vacant or if the person holding the office is for any reason unable to perform the functions of the office , then until a person has been appointed to and has assumed the functions of that office or until the person holding the office has resumed those functions, the Governor of the State shall appoint THE MOST SENIOR JUDGE of the High Court to perform those functions’ (emphasis supplied).

From the clear provisions of section 271(4), it cannot be in doubt that the intent of the drafters of the Constitution was to allow THE MOST SENIOR judge of the State to be the occupant of the office of the Chief Judge, once a vacancy occurs. Even in other establishments outside the judiciary, such as the military, whenever it is the desire to appoint a junior officer to the highest position, all his seniors and contemporaries have to be retired compulsorily, as it will be absurd to retain them in service and expect maximum loyalty. It was therefore a game of chess in Cross-River State, since neither Governor Ayade nor his cronies in the Cross-River State House of Assembly commenced any proceedings in compliance with section 292 (1) of the Constitution, to remove Ikpeme J, in any manner known to law, the consequence of which was that she would have to continue to function in office as the most senior judicial officer in Cross-River State until she retires, notwithstanding the painful experience of her unwarranted persecution.

When all entreaties on Governor Ayade to do the needful fell on deaf ears, some human rights activists, led by the ever-militant Welfare Secretary of the NBA, Comrade Kunle Edun, filed a suit before the Cross-River State High Court, for judicial interpretation and application of section 292 of the Constitution. The trial Court upheld the objection of the State challenging the locus standi of the plaintiffs in the suit and the appeal to the Court of Appeal was dismissed, whereupon a further appeal is now pending at the Supreme Court. Now, part of the lessons in this whole saga is for all citizens to be conscious to demand for their rights, anytime there is a breach or likelihood thereof. Even though the court case was dismissed, it is on record that Governor Ayade cannot claim that the issue was a walk over for him. Activists in Cross-River State, Comrade Agba Jalingo, human rights lawyers, Femi Falana, SAN, Monday Ubani, Inibehe Effiong and many others too numerous to mention, rallied support from across the nation, to resist the impunity of the executive governor, to trample upon the judiciary, with such flagrancy. But today, we are talking about heroes.

While his men were out there slugging it out with Governor Ayade, Mr. Olumide Akpata adopted the carrot and stick approach, by constructively engaging Governor Ayade, the NJC and all other stakeholders, for a common solution, which culminated into the swearing in ceremony of February 8 instant. The fundamental implication of this selfless effort is simply that a people united can never be defeated. Even if another judge had been sworn in as the Chief Judge of Cross-River State other than Ikpeme, J, it would still have been a struggle won, for the people of Cross-River State in particular and the Bar and Bench, in general. The other hero of this struggle is the rule of law, eloquently championed by the NJC, the human rights activists and the NBA. Given the physical location of the champions of this noble cause, traversing Warri, Lagos, Abuja and Calabar was certainly not a tea party, given the security situation in Nigeria, alone. Not to talk of the financial implications, in convening and attending several meetings, filing and prosecution of the court cases and the concomitant effect of all these on their private practice. This is why they deserve the applause of all men and women of good conscience, as the laudable example that they have set will remain an indelible reference point to guide us in similar cases in future, which honestly, no one prays for.

In it all, commendation also goes to Governor Ayade, for allowing wise counsel to prevail and for upholding the oath of office he took, to respect, observe, defend and enforce the Constitution, without ill will, fear or affection. That is the way it should be, as there is nothing personal in the appointment of the Chief Judge of a State, being a tenured office that is purely statutory in nature. Should His Excellency have persisted, in defiance of the Constitution, to retain his preferred candidate in office as Chief Judge, it would have been a dangerous precedent, which even the court, as the major casualty, was not readily available to upturn. It is an irony of sorts, that the institution being defended failed, at the appropriate time when given the opportunity, to rescue itself, clinging as it were, to the discarded theory of locus standi, which even courts in foreign jurisdictions, have jettisoned in favour of local fishermen against multinational oil companies. It is rather unfortunate.

The Cross-River State House of Assembly also acted in a matured fashion, in reversing itself concerning the swearing in of Ikpeme, J., ultimately. Members of the CRSHA have only all opted to defend the Constitution, to preserve our noble institutions and to allow the rule of law to prevail, over the rule of man. But all of these efforts would have gone unnoticed but for the media, which kept the matter in the public domain throughout. It is gratifying that the NBA President has also opened up discussions with Governor Ayade on the fate of Magistrates in Cross-River State, who have worked for about two years without payment of their salaries and allowances. That will be the icing on this beautiful struggle, when Governor Ayade would demonstrate uncommon statesmanship, by granting unconditional approval for the payment of all outstanding entitlements of all judicial officers, who have labored and toiled to sustain his administration. 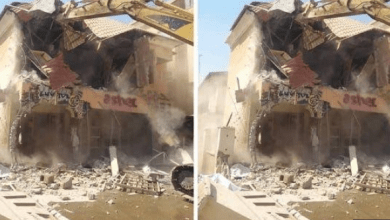 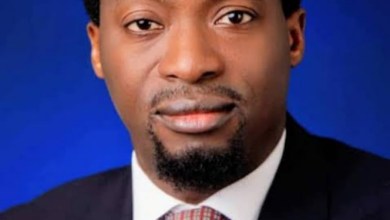