The breach of power controversy at the Nigerian Law Reform Commission has taken a new dimension as a Federal High Court in Abuja has been asked by a group- Lygel Youths and Leadership Initiative, to compel the chairman of the commission to cede functioning as the commission’s Accounting Officer.

The group had earlier in May 2021, written to the Nigerian Senate, asking the legislative body to intervene in the matter, noting that the commision is hamstrung by her chairman from carrying out its duties efficiently and that the board members and secretary who is the legal person to hold the position of the commission’s financial officer have no knowledge about the 2020/21 budgets proposed to and approved by the National Assembly.

The request for court order to compel the chairman to cede the embattled position formed one of the five reliefs sought in a suit marked: FHC/ABJ/CS/1165/2021 through an originating motion signed by Olalekan I. Oladapo Esq. as the lead counsel to the plaintiff.

In their suit, sighted by Gavel International, the group averred in a supporting affidavit that their action was informed by the need to ensure all Nigerian public institutions are run by laws alone and not by the whims and caprices of individuals, as being done by the chairman of the Nigerian law reform commission. The group also averred that it is a further attempt towards the fulfillment of their ideas of promoting good leadership, rule of law for public interest.

Further reliefs prayed to the court by the plaintiff includes

“Declaration that the combined effect of sections 8(1) a, b, and c and section 11(1) and (2) of the Nigerian Law Reform Commission act LFN 2004 and sections 111,116 and 117 of financial regulations 2009, unequivocally and exclusively impose on the secretary of the 4th defendant the power to function as the accounting officer of the 4th defendant”

“A declaration that the provisions of sections 8 (1) a,b,c and section 11(1) and (2) of the Nigerian Law Reform Commission act LFN 2004, being the clear provision of the law, do not only impose the power of the accounting officer on the secretary of the 4th defendant, but, has clearly not run in conflict with section 8(1) (c) of Nigerian Law Reform Commission act LFN 2004, as to be construed of imposing such power on the chairman of the 4th defendant and for any act of the chairman as the accounting officer of the 4th defendant relying on the provision of section 8 (1) (c) of Nigerian law reform act and any other reason is anomalous, unlawful, acting in excess of her power, illegal, null and void” 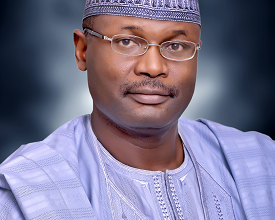 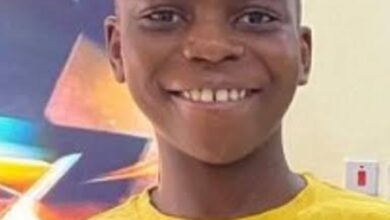 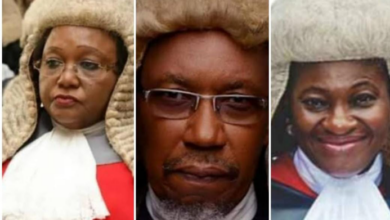