Former President Barrack Obama of the United States of America has reacted to the conviction of former Minneapolis policeman, Derek Chauvin, who was on Tuesday convicted on three count charge of the murder of George Floyd. Obama said justice is closer.

In a statement he released just after the verdict, Obama said: “For almost a year, George Floyd’s death under the knee of a police officer has reverberated around the world — inspiring murals and marches, sparking conversations in living rooms and new legislation. But a more basic question has always remained: would justice be done?

In this case, at least, we have our answer. But if we’re being honest with ourselves, we know that true justice is about much more than a single verdict in a single trial.

True justice requires that we come to terms with the fact that Black Americans are treated differently, every day. It requires us to recognize that millions of our friends, family, and fellow citizens live in fear that their next encounter with law enforcement could be their last. And it requires us to do the sometimes thankless, often difficult, but always necessary work of making the America we know more like the America we believe in.

While today’s verdict may have been a necessary step on the road to progress, it was far from a sufficient one. We cannot rest. We will need to follow through with the concrete reforms that will reduce and ultimately eliminate racial bias in our criminal justice system. We will need to redouble efforts to expand economic opportunity for those communities that have been too long marginalized.

And as we continue the fight, we can draw strength from the millions of people — especially young people — who have marched and protested and spoken up over the last year, shining a light on inequity and calling for change. Justice is closer today not simply because of this verdict, but because of their work.

Chauvin was convicted on Tuesday of second-degree murder, third-degree murder and manslaughter in the deadly arrest of George Floyd, a milestone in the fraught racial history of the United States and a rebuke of law enforcement’s treatment of Black Americans.

In a confrontation captured on video, Chauvin, who is white, pushed his knee into the neck of Floyd, a 46-year-old Black man in handcuffs, for more than nine minutes on May 25, 2020, as he and three fellow officers arrested Floyd, who was accused of using a fake $20 bill to buy cigarettes at a grocery store.

Floyd’s death prompted protests against racism and police brutality in many cities in the United States and around the world last year. The courthouse in Minneapolis was surrounded by high barricades and guarded by National Guard troops. Many downtown businesses boarded up their windows as they braced for the verdict.

While the U.S. criminal justice system and juries have long given leeway and some legal protection to police officers who use violence to subdue civilians, the jurors in this case found that Chauvin had crossed the line and used excessive force.

Under Minnesota sentencing guidelines, Chauvin faces 12-1/2 years in prison for his murder conviction as a first-time criminal offender. Prosecutors could, however, seek a longer sentence up to the maximum of 40 years if Hennepin County District Judge Peter Cahill, who presided over the trial, determines that there were “aggravating factors.”

In Minnesota, convicted criminals generally leave prison on supervised release after completing two thirds of their sentence. Chauvin had no previous criminal convictions.

Earlier on Tuesday, U.S. President Joe Biden said he had spoken by phone with members of Floyd’s family.

“They’re a good family, and they’re calling for peace and tranquility, no matter what that verdict is. I’m praying the verdict is the right verdict, which is – I think it’s overwhelming in my view. I wouldn’t say that unless the jury was sequestered now, (would) not hear me say that,” Biden told reporters at the White House.

The intersection of race and law enforcement has long been contentious in the United States, underscored by a series of deadly incidents involving white police officers and Black people in a number of American cities in recent years.

Challenges of the judiciary in contemporary Nigeria(3)

Documentary on Oshiomhole’s `dark side’ out Jan. 30 – Ex-speaker 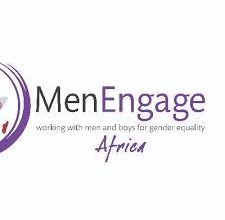