A retired Lagos High Court judge, Justice Samuel Babajide Adebowale Candide-Johnson has filed a suit before a National Industrial Court of Nigeria (NICN) in Lagos, demanding his pension, gratuity, and other entitlements from Lagos State government, a year after his retirement.

Gavel International investigations however revealed that Candide-Johnson is not the only affected judge. All judges that retired in 2021 are affected. None of them have received their entitlements from the State. These include: Justices Grace Modupe Onyeabo, Adeniyi Onigbanjo, Marian Olajumoke Emeya, Owolabi Dabiri, Iyabo Kasali, and Mufutau Olokooba.

Justice Candide-Johnson retired from the Lagos bench on June 27, 2021, having attained the mandatory retirement age of 65. He served the state as a judicial officer for 20 years, having been sworn in as a judge on May 24, 2001.

However, in the statement of facts filed before Justice Maureen Nkechinyereugo Esowe, the retired judge as the claimant stated that since his retirement on June 27, 2021, he has yet to receive his severance gratuity, nor any part of his pension and other retirement entitlements.

According to the claimant, his monthly salary and other consolidated allowances as recorded in his last pay slip stood at N749,166.66(seven hundred and forty nine thousand, one hundred and sixty six naira, sixty-six kobo) net earnings, and N561,777.64(five hundred and sixty one thousand, seven hundred and seventy seven naira, sixty four kobo.
He stated further: “The annual salary of one of the claimant’s domestic staff is N600,000.00 at N50,000 monthly. The claimant also received the sum of N5,414,220.00 as furniture allowance in May 26, 2021. Thus the annual salary of four of the claimant domestic staff is N2,400,000.00”

The claimant stated that in accordance with provisions of the constitution, and the Pension Rights of Judges Act, he is entitled to a minimum life time pension of N21,145,551.6, and therefore urged the court to declare that he is entitled to the payment of his pension, severance gratuity, and other entitlements, and that the governor should calculate his entitlements and pay them forthwith. He also sought an order of the court for the governor to pay N10 million damages for failing to pay his pension and severance gratuity in accordance with the law.

However in its reply, the Governor and Attorney General exonerated themselves from the action by filing a Motion on Notice stating that the claimant’s action as constituted discloses no reasonable cause of action against the first and second defendants. The motion was signed by four lawyers from the Lagos State Ministry of Justice. They are S.A Quadri, B.T Adaramewa, O.L Komolafe, and O.A Okusanya.

The motion stated: “The administration and payment of pension of retired judicial officers has been transfered to the third defendant pursuant to the Pension Right of Lagos State Judicial Officers Law Ch.P3, Volume 9, Laws of Lagos State 2015”.

Besides, it stated that the claimant belong to the third arm of government, judiciary, which has been constitutionally bestowed with its independence and financial autonomy that is sacrosanct. “Section 291(3) © and (4) of the constitution FRN1999 recognizes the application of State’s law in the administration and payment of pension of retired judicial officers, the claimant inclusive.

Therefore, it stated, “all the reliefs being sought against the first and second defendants cannot be granted against them as they cannot implement the Federal Acts heavily relied on by the claimant”.

In its defence, the third defendant, the State Judicial Service Commission urged the court to dismiss the suit as it is vexatious and lacks merit. The defence was filed by Oyedeji Olubunmi (Mrs), Ajayi Funmilola (Mrs), Soremekun Modupe (Mrs), and Vaughan Temiloluwa (Mr).

It stated that the Certain Political, Public, and Judicial Officers(Salaries and Allowances)(Amendment) Act 2008 is a Federal Law that is not applicable because it has not been duplicated in Lagos State, and therefore, the claimant is not entitled to it.

The third defendant’s position of the role of the governor is however in conflict with that of the Attorney General. While the JSC agreed that it is the responsibility of the governor to pay pension and gratuity, it however maintained that payment of severance benefits does not form part of the retirement benefits and as such, the claimant is not entitled to it.

It stated further that “appropriate representations have been made to the first defendant to resolve the matter in line with the proposal submitted by the third defendant”, adding that it was while efforts and processes were ongoing that the claimant filed this suit. It therefore urged the court to dismiss the suit as it is vexatious and lacked merit.

When the matter came up on Thursday March 31, 2022, Mr S.A Quadri, representing the Governor and the Attorney General, made an application asking the court to strike out the names of the two from the suit as for non disclosure of cause of action against them.

Justice Esowe however adjourned till April 6, 2022 to hear the application. 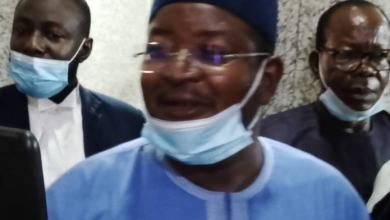 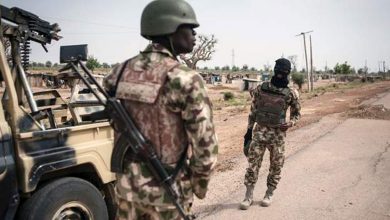 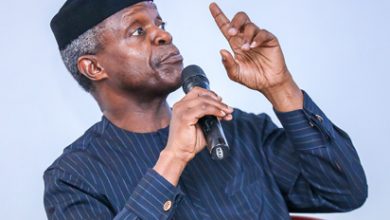